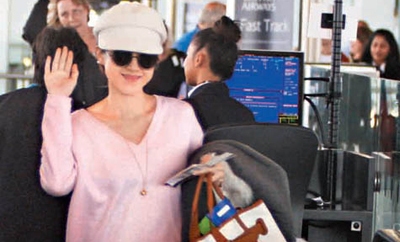 The paparazzi managed to snap a photo of Aimee Chan with baby bump.

After a romantic wedding in Paris, Moses Chan returned to Hong Kong to resume his work, whereas Aimee headed back to her parents’ place at Toronto to prepare for her pregnancy. To avoid the paparazzi, Aimee avoided taking the direct flight. Instead, she took a flight to London first before taking another flight to Toronto.

Dressed in a loose pink blouse and wearing a pair of flat shoes, a plumper Aimee was sighted with a baby bump. When a reporter asked if the couple refused to share their pregnancy news because it is not yet 3 months due, Aimee simply smiled.

Aimee reportedly has plans to fade out from the showbiz and sets priority for her family. 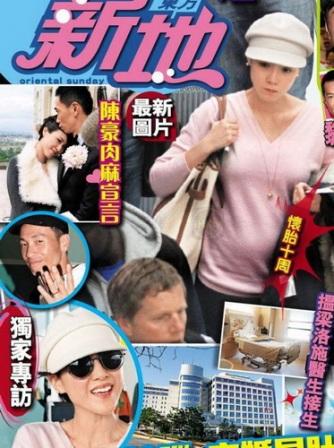