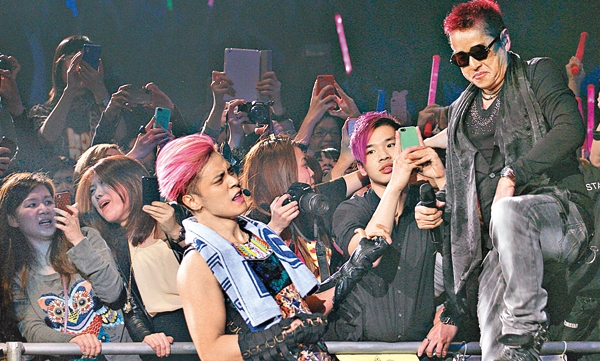 At his Hong Kong concert, Show Luo was said to be jibing at Anthony when he asked his fans repeatedly, “Do you know my name?” The veteran actor responded on Show’s action by using a line in his play, “At a silent and starry night, you doubt your existence and ask yourself, ‘Who am I?’ ‘You are a Mao Li!’ The word Mao Li refers to a fool in Cantonese.

For his final concert in the Hong Kong Coliseum, Show invited a heavy weight figure as guest performer – Alan Tam. Being a brotherly figure in the Hong Kong entertainment scene, Alan immediately “lectured” Show on stage.

“I heard that you and my old friend has a feud. Actually, Anthony Wong is a cultured person and he is cultured in inverted sentence. When he said that you are a ‘Mao Li’, he is praising you by saying you have ‘Li Mao’ (polite in Chinese)!”

The veteran singer-actor added, “Do not be too calculative. Let me ask my friend, the ‘Mao Li’ whose surname is Wong…. to have a high tea with you. And then we can have a meal and karoake session. Are you magnanimous enough?”

Show became a student on stage and nodded, “Okay!”

Alan dodged out his golden words again, “The more magnanimous you are, the more successful you will be!”

The duo also performed Alan’s hit track, Love trap <愛情陷阱> and Show made the audiences laugh with his badly pronounced Cantonese during the song. After the performance, Show also took the opportunity to express his gratitude for the veteran by presenting him a scarf on stage. 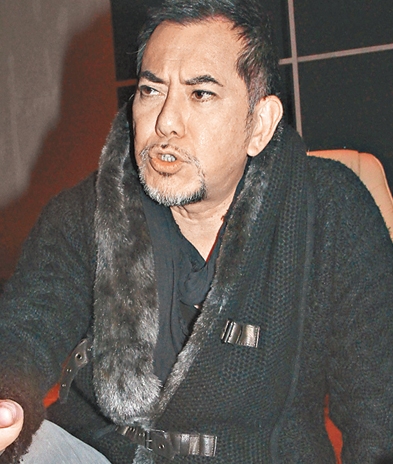 When Anthony learnt that Alan was trying to be a peacemaker, he did not appear to be that pleased.

Asked what he thought about Alan’s advice to Show, Anthony replied angrily, “What is happening? There is nothing happening at all. It is so funny. Everyone said that I am using Show to create the publicity. Am I the one holding a concert now?”

Anthony added, “He (Alan) does not know anything and will create unnecessary misunderstandings. When I said that the movie was nice, those people blasted me on my Weibo. Just like if Alan is the peacemaker, I mobilise 3,000 people to blast him on his Weibo. Will he know what is going on?”

Anthony also begged for Show’s fans to let him off and stopped harping on the issue. “I really do not wish to have anything to do with this matter anymore. I beg all those foolish and crazy people not to harass me anymore. I am being molested mentally! I am so old already. Please let me off. I know that I am in the wrong !”

On the other hand, Show also urged the media to stop writing on the issue as it had already been hyped up many times.