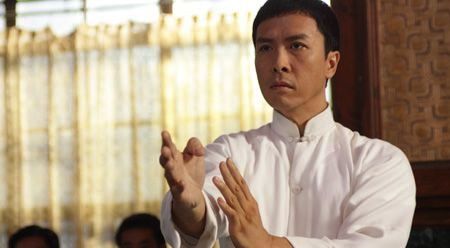 Tan Bing claimed that Donnie had tried to seize Jacky Chan’s producer role after knowing that the latter would not be starring in the film. Tan Bing also claimed that Donnie requested for a 10% increase in remuneration and declined Han Geng (韩庚), a former member of Super Junior from joining the set. Donnie allegedly was worried that Han Geng would steal his limelight due to his large fan base.  As a result of Donnie’s “domineering behaviour”, Tan Bing said that the investor had withdrawn from his project and caused him to lost his job as a scriptwriter and director.

Donnie has since filed a lawsuit against Tan Bing for damaging his reputation and seeks RMB5 million of monetary compensation. According to Donnie’s statement, there was no contractual agreement and official employment relationship between both parties.

Under no formal working relationship, Donnie expressed that Tan Bing’s statement had constituted a defamation as they were all fabricated rumours. Tan Bing had used the following sentences to slam the 49-year-old action actor when he called for a media conference last year: “Donnie Yan used power to cause the downfall of a young director, caused his bankruptcy and crashed his filming ambition”; “The reason of the media conference is to expose the true colours of Donnie Yen – one that can freely fired the producer, actor, director and investor”; “Donnie Yen’s driver brutally murdered Vincent Zhao’s driver”.

Donnie has filed for four lawsuits:

1) Defendant, Geng Weiguo to stop all actions that will infringe upon other party’s legitimate rights

2) Make a written apology on the media

4) Defendant to bear all fees related to the lawsuit, lawyer and notary.

The trial is still undergoing currently.