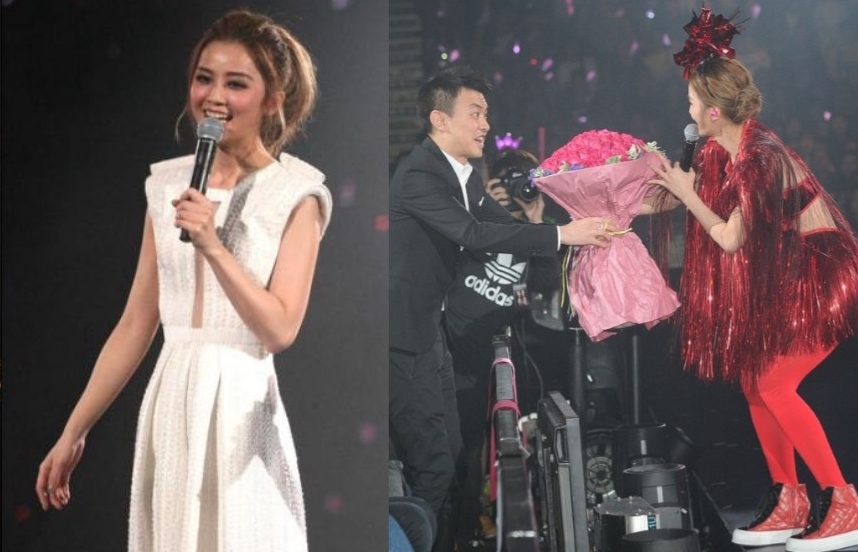 At the Twins concert on January 4, 2016, Charlene Choi received a bouquet of 99 roses from a mysterious man on stage.

The man was seated at the VIP seat next to Albert Yeung, Chairman of the Emperor Group. At one point, he walked towards the stage, and presented flowers to Twins. Gillian Chung had no reaction, but Charlene automatically walked towards the man and received the flowers from him.

At the concert, the mysterious man was seen chatting with Albert Yeung and he was also seen talking to Charlene’s mother at the celebratory banquet.

When asked on the identity of the man, Charlene said, “He is my fan.” 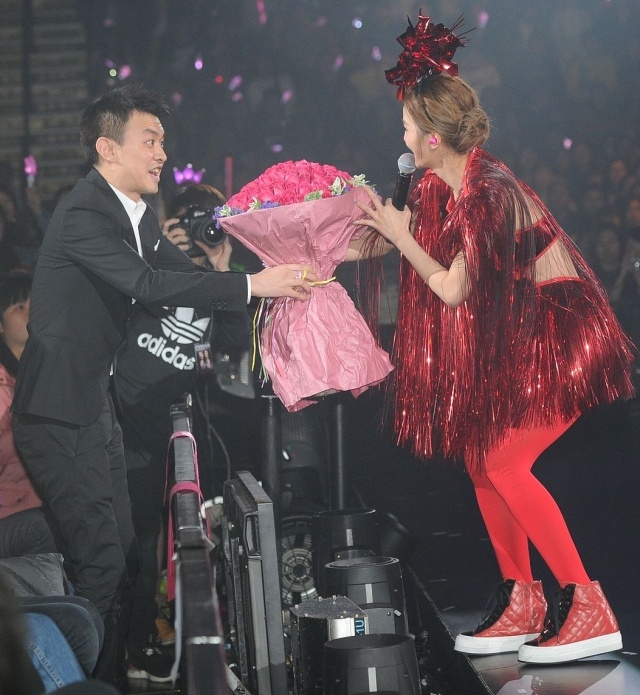 Asked if she knew the man, Charlene repeated again, “He is my fan. I know many people, and many people know me too.”

The reporter teased that only Charlene went up to receive the flowers. Gillian immediately helped her out and said, “I was too lazy. There was only one bouquet. There was no need for two persons to walk over.”

Charlene also stressed that she is currently single, and is enjoying her life.

Meanwhile, Twins’ manager Mani Fok said that the man was a friend of Albert Yeung, who flew to Hong Kong to watch the Twins concert. 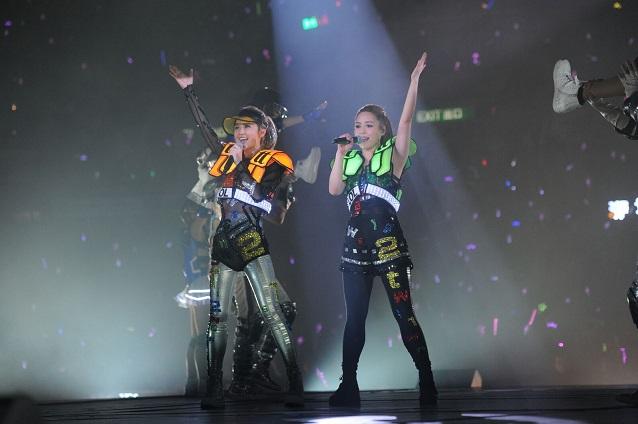