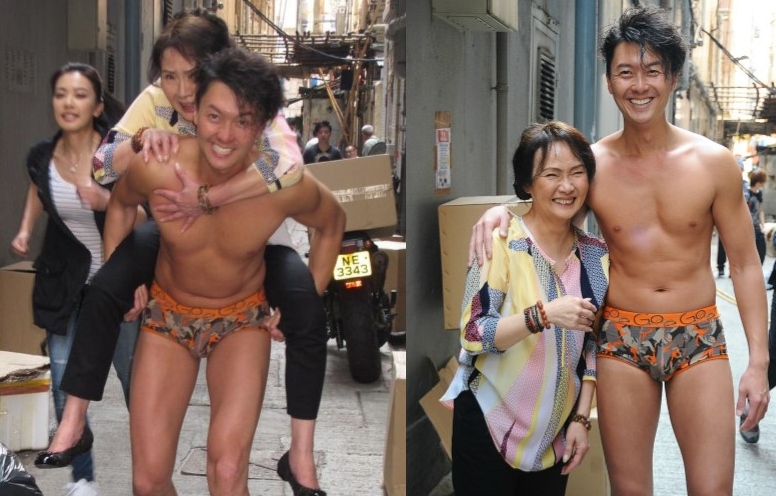 In one scene, Vincent was filming a scene in which he had to rescue his gambling addict mother, played by veteran actress Suet Nei. Vincent had to piggyback her and ran only with his underwear on!

Vincent ‘sexy’ look attracted many onlookers, and he was so embarrassed with so many people staring at him. He was also very stressed when media interviewed him after the shooting. Tracy also joked that even if she wore a bikini, she would still lost out to Vincent.

Besides this sacrifice, Vincent was also requested by the producer to put on weight for his village head character. He shared that he had already gained 10 kg. 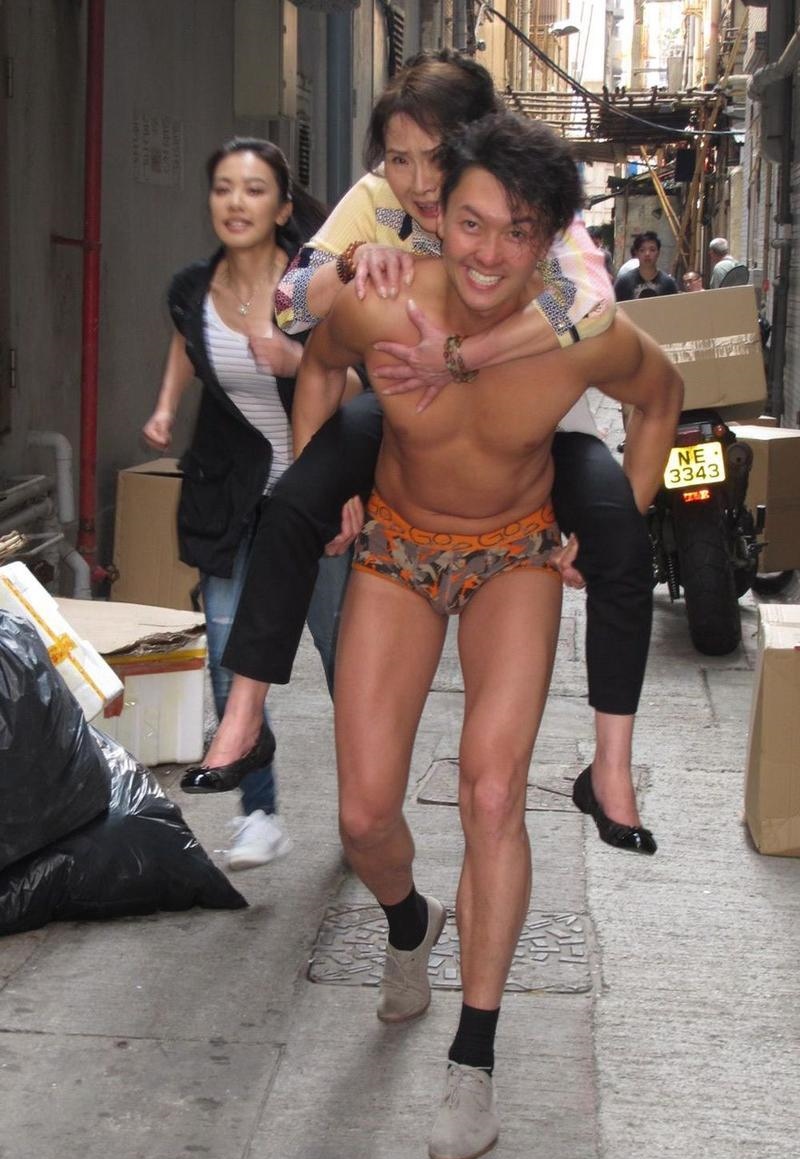 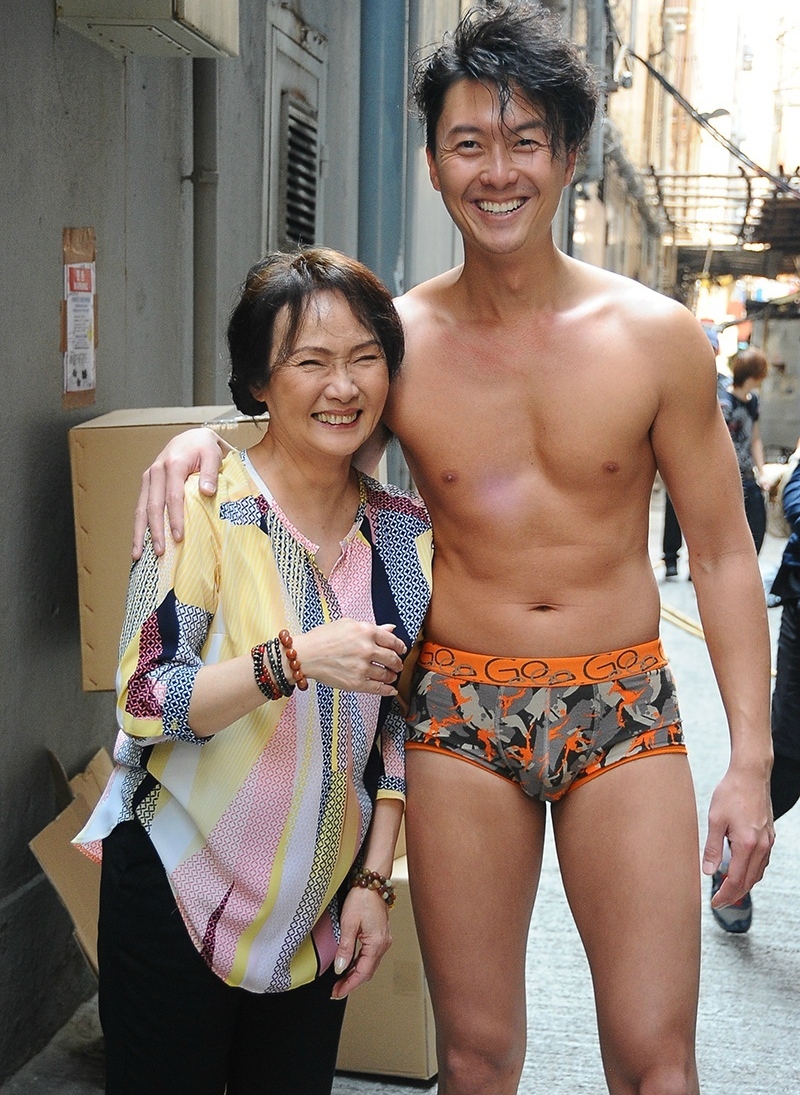