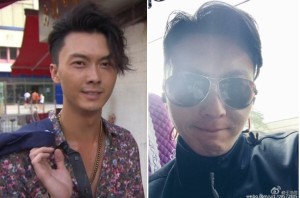 Vincent Wong and Tracy Chu’s Over Run Over <EU超時任務> has received rave reviews since its broadcast. Its finale on last Sunday even achieved an average ratings of 29 points, and peaked at 30 points, making the series the highest ratings in 2016 so far.

Vincent’s role as the village chief has captured the hearts of many audience. Many netizens are also moved by his excellent acting, and all rallied for him to be the TV King this year.

Vincent, who is now filming in Vietnam is very happy with the good ratings and netizens’ positive response.

“I watched the last episode in Vietnam. After reading the netizens’ comments, I am really touched. It was really tiring filming this drama, and I put in a lot of efforts, but it was all worth it. I thank the audience, and hope there will be a sequel. We all have chemistry together, and work very well.”

Asked if he was confident to clinch the TV King this year, Vincent said, “I don’t have much confidence. It’s only the beginning of the year, but I already feel that I have won the award if the netizens think that I deserve it. I am very happy and I will continue to work hard. I hope that I will be nominated this year.”

Vincent’s wife, Yoyo Chen is happy for him too. She said, “He puts in a lot of efforts in all the dramas. I am happy for him that he has such a good result. As for the TV King, there are still many dramas not out yet. However, I am very happy that the netizens support him. Of course, my husband is the TV King in my heart.” 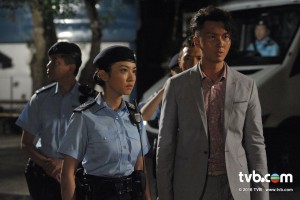