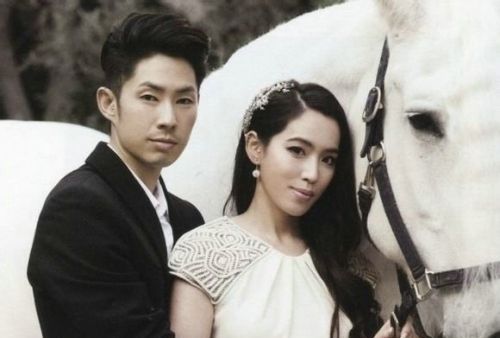 Vanness Wu and Singaporean heiress, Arissa Cheo had a fairytale wedding last year. Vanness also threw a birthday bash for his wife’s 32nd birthday in August. However, recently, the couple was rumoured to have a big fight. Arissa was said to have even scolded Vanness on her Instagram.

Arissa uploaded a quote which read, “I’m going to give you the same amount of effort as you give me.” She subsequently remarked, “Merry fxxkin Christmas.”

A netizen then chided her, “I do wish you wouldn’t swear. Reflects very badly on your husband’s faith.”

She then wrote again, “What you see on the Telly is definitely not real. Don’t tell me what I know.”

It appeared that Vanness was angered by his wife’s words and wrote on his Instagram, “Control your tongue.” However, the post was deleted shortly after.

The couple reportedly has also unfollowed each other on their Instagram accounts.