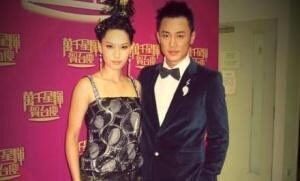 Emphasising on ‘people choice’ this year, the Best Leading Actor, Best Leading Actress and Best Series will be publicly voted by viewers. However, the remaining awards are still decided by TVB executives and its 3,000 employees.

It was reported that the 7 senior executives had already held a closed door meeting last week to decide on the winners.

As Raymond Lam (林峯) has a large pool of TV, film and music fans, he is very likely to clinch the Best Leading Actor award.

Although Wayne Lai (黎耀祥) seems to be a hot favourite for the My Favourite Male Character award, majority of the executives reportedly cast their votes for Raymond instead. While Drama Production Director, Catherine Tsang (曾勵珍) voiced out that Wayne had a breakthrough performance in The Confidant  , Production Resources Director, Virginia Lok (樂易玲) reminded that Highs and Lows had good ratings.

Seeing that six executives had cast their votes to Raymond, Ms Tsang reportedly had no choice but to follow suit.

During the debates, someone brought up that TVB majority shareholder Charles Chan (陳國強) had praised the rave reviews of Kate’s performance as a drug queen. Having the support of the big boss, it seems that Kate is very likely to clinch the My Favourite Female Character award.

During the internal meeting, Virginia Lok and Tommy Leung (梁家樹) expressed support for Ben Wong (黃智賢), but one producer brought up that Power Chan (陳國邦) should be given the award instead.

As Power is the process of negotiating a management contract with TVB, giving an award to him will help to seal the contract. Most of the executives agreed on the point and all cast their votes to Power in the preliminary round.

Furious for not nominating in the top 10, Ben leaked out that a producer had told to him in private not to vie for the award this year. “I asked why can’t the Best Supporting Actor be given twice in a row like TV King. He did not explain and just walked off!”

Ben added, “Why is it that I am not even given a chance to be nominated? The rules are set by the company and you have to ask them for the nominating criteria. I have nothing to say now, but the viewers have eyes to see!”

Elena Kong’s (江美儀) role in Silver Spoon, Sterling Shackles is the most striking and all the executives reportedly voted for her unanimously.