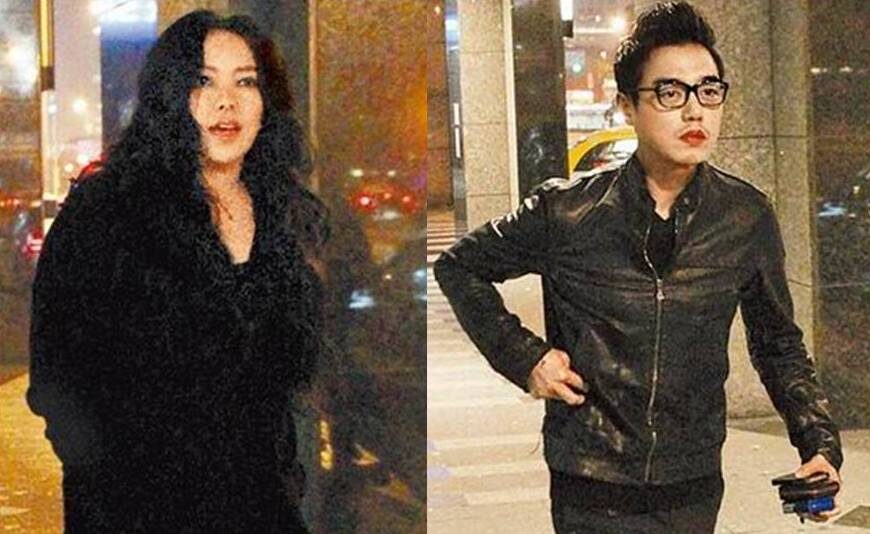 On the first day of business, Sam arrived early to oversee the official opening. Wearing a black leather jacket, Sam was spotted instructing the staff where to place the flowers. Appearing to be a boss, Sam was also seen arranging the decor of the entrance personally.

Shortly after, A-Mei arrived and coincidentally also dressed in black. In high spirits, A-Mei smiled and said to the reporters, “Congratulations! Congratulations!” She then quickly went into her new club.

A-Mei’s latest club ‘A Light’ is situated in the bustling street of Keelung Road, Taipei. The interior of ‘A Light’ is set to be in a lavish and glamorous concept. The club is decorated with crystal chandeliers imported from England and sofa imported from Europe. She also specifically spent an hour to decorate a 3-metre high Christmas tree.

The club has a a range of exquisite wine collection worth almost NT$20 million! Patrons of the club revealed that A-Mei’s beau, Sam had mixed a series of drinks in a Japanese style.

The night club has tight security and only serves members. There is also a secret entrance for A-Mei to host her VIP celebrities friends and relatives.