A-Mei waves at fans waiting at airport, but turns out they are not her fans 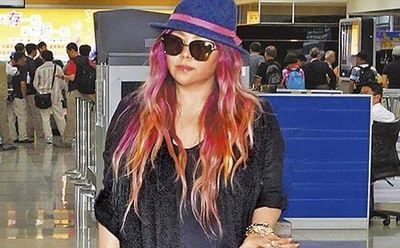 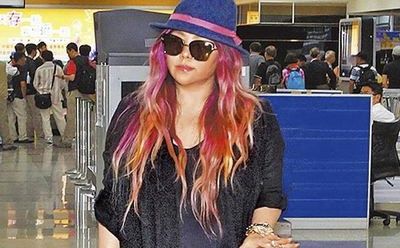 Namie Amuro arrived at Taiwan yesterday to be the guest performer at Jolin Tsai’s concert tonight.

At around 7.30 pm yesterday, A-Mei also coincidentally returned to Taiwan after her concert at Chengdu. When she reached the airport, she was shocked to see many fans waiting, as her return trip was supposed to be confidential.

A-Mei who was in shades was friendly, and waved at the crowd. After checking with the crowd, she realised that they were Namie’s fans. However, there were still a few A-Mei’s fans who waited for her to get her autograph.

A-Mei who just finished her shows at Chengdu was visibly tired. When asked if she would watch Jolin’s concert, A-Mei said, “I will see how.”

A-Mei who was recently nominated in the 26th Golden Melody Awards, was also asked if she was confident about her win. She said, “I didn’t think about it.”

When probed about her wedding rumours, A-Mei smiled and immediately walked off.