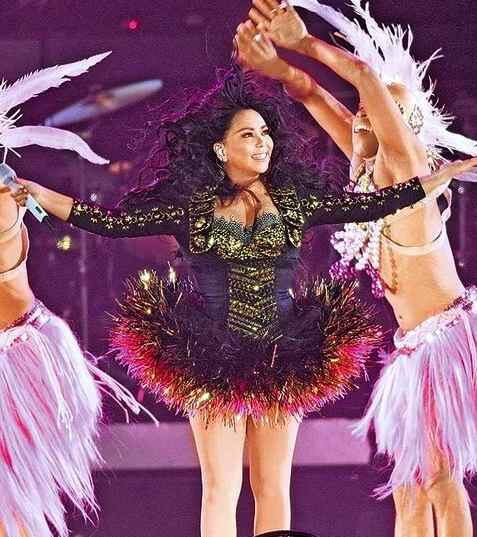 A-Mei’s concert, AMeiZING at Kaohsiung National Stadium was met with obstacles one after another. Earlier, fans blasted her for being “dishonest” as she added an extra show on 9 December after she announced that the 8 December show was the final performance.

At the actual concert on 8 December, A-Mei exceeded the stipulated time set by the venue for 30 minutes. As a result, the neon board flashed warning during the concert that it had exceeded the time limit.

In addition, residents staying near the Kaohsiung National Stadium lodged a complaint on the noise nuisance arising from the concert. A-Mei was later slapped with a NT$30,000 fine from the Kaohsiung Environmental Protection Bureau for noise disturbance.

Over ten spectators also complained on the poor sound system and left the concert early. The spectators angrily demanded a refund on the tickets after that.

Responding on the poor sound system, the event organiser said that the quality of the speakers was affected by the strong gush of wind. The speakers have already been repaired and it will not affect the subsequent concert. The organiser has also invited the 10 spectators to watch the second show free of charge.

Although many mishaps arise from the concert , A-Mei still wowed the audiences when she dished out a rainbow-coloured hot air balloon. As fans had earlier protested against the additional gig, A-Mei promised to feed the audiences with a spectacular show.

Although the singing diva is terrific of height, she managed to overcome her phobia and sang on the hot air balloon which circled around the stadium.