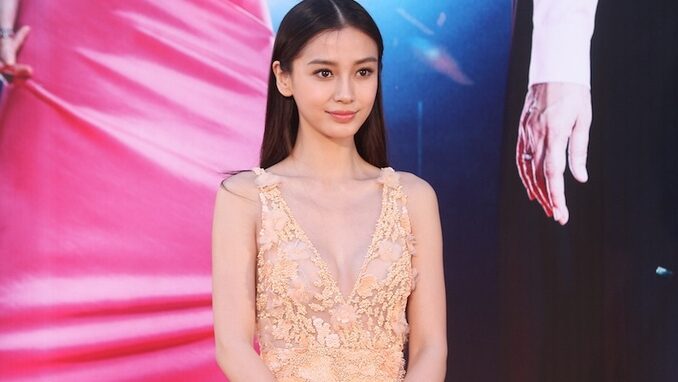 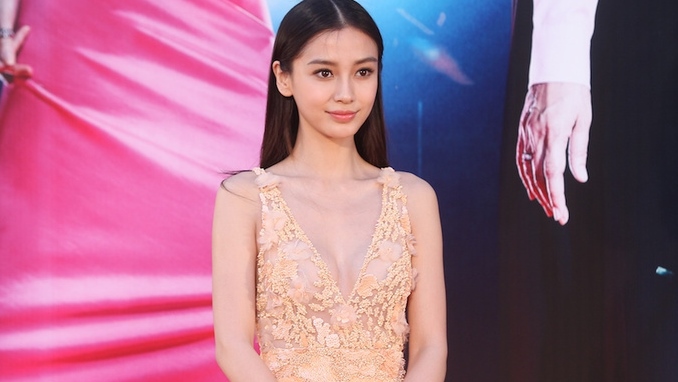 According to Hong Kong tabloids, Tony looked a little upset during the event after losing the Best Actor award to Nick Cheung. The Grandmaster’s lead actor only drank a few drinks with Wong Kar Wai and his good friend, Berg Ng and left an hour later.

His wife, Carina was busy hosting the guests and entertaining Ziyi at the event.

Angelababy was introduced to Andrew Lau and Wong Kar Wai, and took separate photos with the renowned directors. She reportedly even bowed to the directors after taking the photos. Shortly after, Angelababy proceeded to the VIP room and then, she was spotted lighting a cigarette.

After her smoking picture was published, Angelababy’s sweet and goddess image was tarnished, drawing many harsh criticisms from netizens.

In 2008, Angelababy was also caught smoking and she responded that she had picked up the habit for fun and vowed to quit smoking.

Angelababy has not responded on her smoking picture.