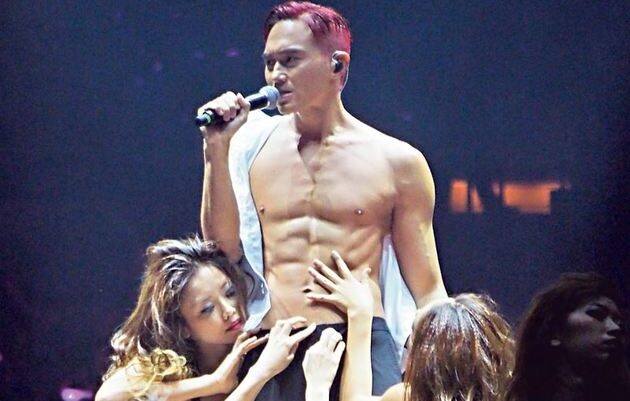 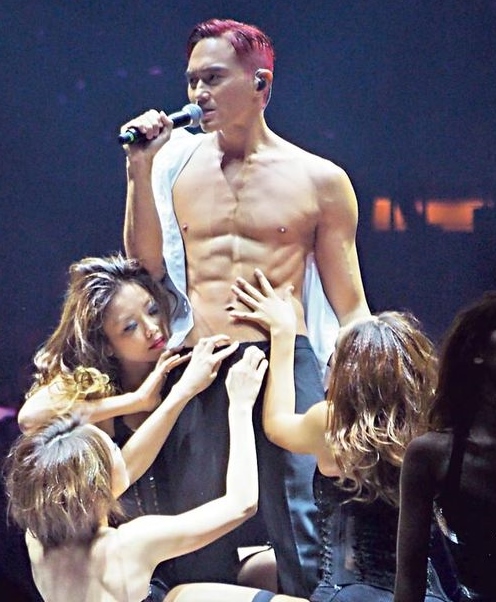 We know Chilam Cheung has been hitting the gym hard when he ripped off his shirt at his Chilam Crazy Hours Live 2014 concert at Hong Kong Coliseum on Sunday.

At the opening show of his concert, Chilam was wearing a sleeveless shirt and performed with a group of  sexy female dancers. One of the dancers ripped off his shirt and revealed Chilam’s six-pack abs and buff biceps, much to the happy screams of his fans.

When fans screamed to remove his shirt, Chilam said, “I have already taken it off! What more do you guys want? I have not eaten for a few months. I just saw my enemy just now – my fitness trainer. I don’t wish to see him again!”

Chilam also invited his good friend, Nick Cheung as a guest performer at the show. Nick, who also underwent rigorous training to earn his six-pack abs for his film, Unbeatable, was asked by Chilam, “Are your abs still there?”

Nick responded humorously, “Those abs have all gone home and became one piece!”

The guys who shared the same fitness trainer started to badmouth their trainer on stage. Relating his hell training like a slave in the film, 12 Years a Slave, Chilam said, “It was like the black slave who was tortured in the 12 Years a Slave. The devilish trainer kept asking me to carry on training when I said I couldn’t anymore.”

Nick then replied, “I often wanted to hit him, but he still asked me to carry on.”

Chilam also talked about his horrible diet plan to Nick. “Your kind of primitive life…. Those chicken meat juice.. I had to force myself to drink it!” 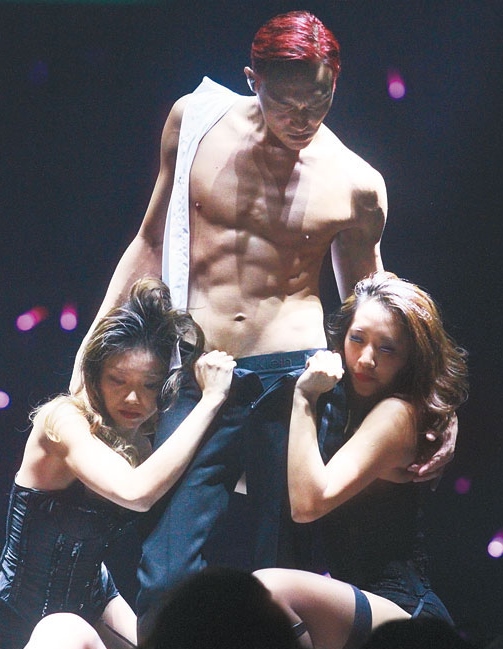 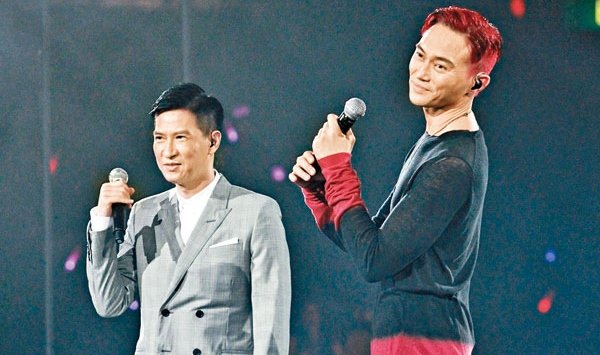 Before the concert ended, Chilam also dedicated a song, This Life <今生今世> to his wife, Anita Yuen. The song held great memory for his wife as it was the theme song of He’s a Woman, She’s a Man <金枝玉葉> in which Anita won the Best Actress at the Hong Kong Film Award.

At a post-concert interview, Chilam recalled his fitness training for his toned body.

“It was really tough! I was quite touched after recalling the process of the harsh training. Maybe I was too used to a comfortable life, and I could not take a little hardship. This concert was a good opportunity to toughen myself.”