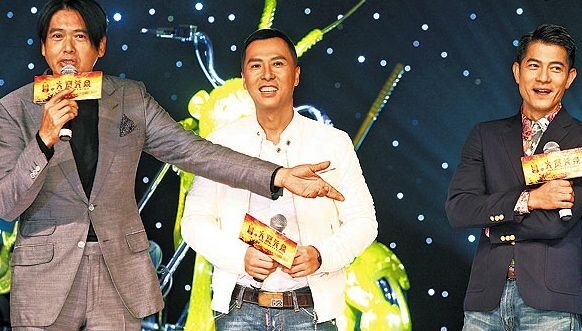 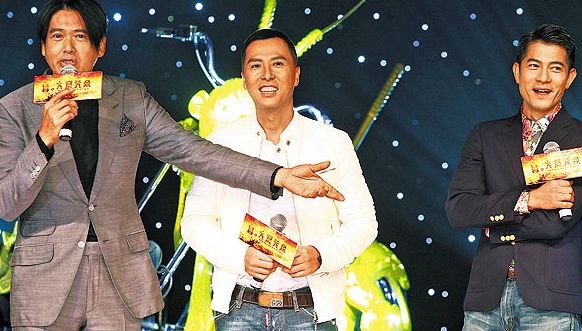 Serving as the film’s action director, Donnie also plays the monkey king. The action star complained that he had had to spend many hours to do the makeup on his face.

Donnie said, “I spent five hours to put on the makeup on my face everyday and spent one hour to remove the makeup. Fat Gor had a tight schedule and I had to take care of the younger cast.”

Fat Gor immediately responded, “What do you mean? Your character is not a human, and I am playing a human. After two hours of filming each time, when I prepared to leave, you guys were still doing your makeup. Therefore, the two hours that I gave you were more then enough!”

In the movie, Fat Gor plays the role of the Jade Emperor and Aaron ditches his handsomeness to play the Bull Demon King.

Talking about his role, Fat Gor said light heartedly, “Donnie is a god. Aaron is a bull. I am a human, that’s why, my performance is very easy.”

Fat Gor also never failed to light up the event with his humour. When the host mentioned that the trailer was all about the Monkey King, Fat Gor pretended to put on an angry face and said, “What are we here for? I do not appear in the trailer. Aaron, let’s leave!”

The Monkey King is based on the novel, Journey to the West and tells how the Bull Demon King persuades the Monkey King to rebel against the Jade Emperor of Heaven. The movie is slated to release in cinemas end of the year. 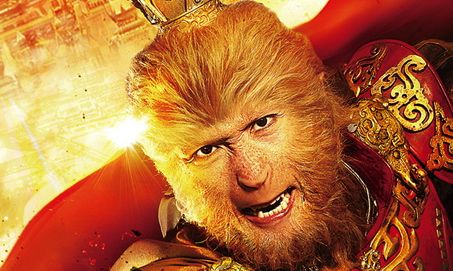