Does Stephen Chow has such a bad reputation? 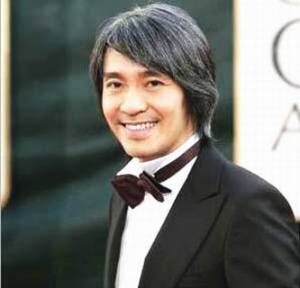 Comedy King, Stephen Chow (周星驰) is one of Asia’s greatest film stars. His flair for acting has also won praises by many film directors. However, several of his costars and film directors pointed that the superstar put on airs at the film set and had a poor attitude towards his colleagues.

Sammo Hung (洪金宝), one of the key figures in the Hong Kong showbiz, blasted Stephen for being a disrespectful person. Although Director Wong Jing (王晶) praised Stephen for his excellent acting, he also revealed that the superstar was terribly hard to work with.

Recently, Spencer Leung (梁思浩) disclosed his bad experiences while working with Stephen. As Spencer had unintentionally offended Stephen by calling his nickname, he was made to “NG” 17 times. Out of the 17 takes, only 1 take had the camera rolling. Hence, Spence vowed not to appear in another film with Stephen again.

Law Kar-ying (罗家英) also let on that Stephen had at a time wanted to buy him a meal. However, Stephen claimed that he forgot to take his wallet, and Kar-ying had to pick up the tab in the end. Apparently, many of Stephen’s co-stars had also encountered similar situations before.

His co-star in “Shaolin Soccer”, Wong Yut Fei (王一飞) also had his share of bad experiences with the comedy king. While filming “Shaolin Soccer”, it was agreed to use props bottle. At the actual filming, he was instead hit by a real bottle, and Yut Fei immediately collapsed on the ground. When he regained his consciousness, he was told that it was Stephen’s instructions to the crew.