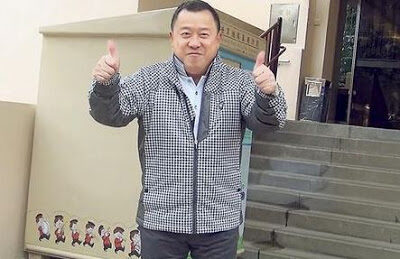 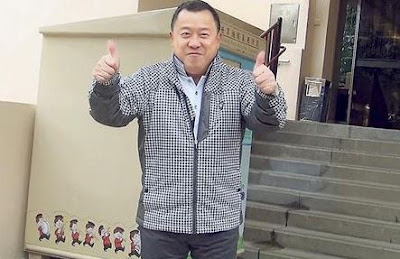 Yesterday, Eric Tsang was arrested by the police to investigate in a case of common assault and criminal intimidation.

At Karman Cheng’s wedding, Eric allegedly got into a heated exchange with Kenny Wee. The veteran actor reportedly was angry with Kenny for blowing up the drug scandal involving Hilary Tsui. The drunken Eric allegedly slapped Kenny and the latter immediately reported the assault to the police. Many guests at the wedding banquet supported Eric and said that they did not witness the slapping incident.

The police confirmed that they had arrested a suspect, 59-year-old Mr Tsang to assist in the investigation. The case is classified as common assault and criminal intimidation. Eric has been released on HK$1,000 bail and has to report to police in January next year.

The 59-year-old was spotted at a police station and allowed the reporters to take his pictures. He declined to make any comments but said that he was there to “assist in an investigation”.

It appears that Eric’s mood is not dampen by the matter and continues his work. He even organised an End of the World party with his celebrity friends tonight.