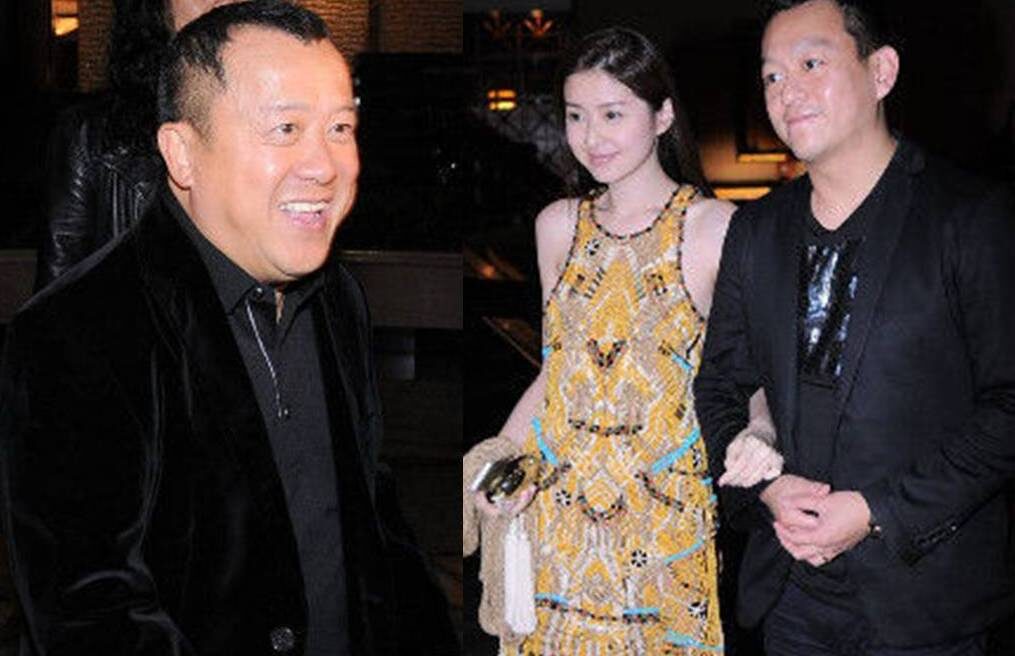 The restaurant of Suki Chui’s (徐淑敏) husband, Kenny Wee has been quoted in a drug scandal involving 23 artists. Two days ago, the couple was invited to attend Karman’s wedding at J.W. Marriott Hotel, Hong Kong.

Rumour has it that a drunken Eric was displeased about Kenny for blowing up the scandal and got into a heated exchange with him. Conversations were heard between the duo and one was saying, “Why did you blow up the matter? You even dragged your friends, do refrain yourself!”

Another guy replied in anger, “What’s the matter! I have loads of money”.

The duo allegedly hurled vulgarities during the quarrel. In the midst of the commotion, Kenny reportedly was slapped and resulted in a fiercer exchange between the duo. Both men had to be separated by people around them.

Another rumour had it that he approached Eric to help to appease the matter as he was threatened by a celebrity. However, Eric allegedly flared up upon hearing that the video clip of the celebrities taking drug did not exist at all, and hence allegedly slapped Kenny in a fit of anger.

Kenny reportedly made a police report after being assaulted. Kenny and Suki made their way to a hospital to assess Kenny’s injury under the accompaniment of policemen. Subsequently, the couple proceeded to a police station to make their statements and left half an hour later.

On the other hand, Eric was accompanied by Benjamin Lam (林國斌) and Michael Miu (苗僑偉) to the police station. As Eric was too drunk, he was unable to give his statement. The police will request him to return again for assistance.

A police spokesman confirmed that a person by the surname, Wong had reported that he was slapped at the face at J.W. Marriott Hotel. As the case is still under investigation, no parties are arrested at the moment.

Many guests who were present at the wedding banquet responded that they did not see the slapping incident and believed that Eric did not attack anyone.

Oscar Leung (梁烈唯) said, ”I really did not see the incident and did not see them interact at all. Brother Eric liked to play with people, maybe Mr Wee is just too paranoid and may have persecutory delusion. I don’t believe that Eric will hit someone. I do not know Kenny Wee and only know that he is Suki’s husband and that he likes to create news for himself. He keep saying that he is a businessman but it feels as if he belongs to the entertainment industry”.

Janet Chow (周家蔚 said, “I did not see any slapping incident, but I saw the news that he (Kenny) was vomiting. I did not see him drink that much at all and I remembered he disappeared around 10 pm. I think he just want to exaggerate the whole matter. I believe everyone will respect Eric. Those incidents that happened before, he always ended up reporting to police. It’s so exaggerating!”

Michael Tse said, “I did not see anything as I was seated at the other end. Eric likes to play with us and I do not believe what the reports say”. About the video clip which Kenny had, Michael said, “Hong Kong is protected by law. If there is evidence, produce it instead of just talking about it”.

Not dampened by the incident, Eric resumed his filming yesterday but declined to comment on the matter.

Responding to statements by various artists that he was creating the gossips to make himself newsworthy, Kenny said, “Impossible! I do not like to be in the limelight”.

Asked if the video clip of celebrities taking drug existed, Kenny said, “The rumour said that my ex-employee had the clip, but I was not sure if it existed or not. As for the recording of the CCTV at my restaurant, the police has already investigated and I can’t disclose”.