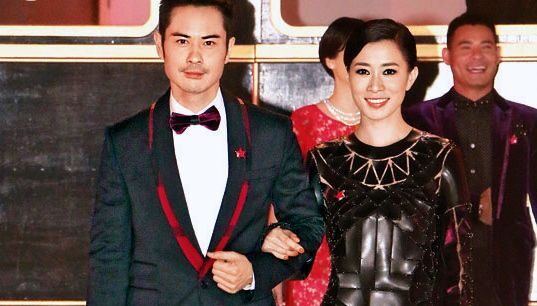 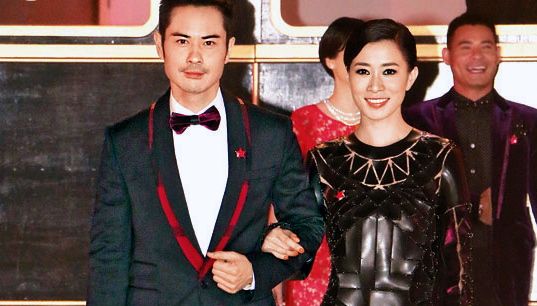 It was a reunion for ex-couples at the 2014 TVB Sales Presentation last night.

Highlights were on Kevin Cheng and his two rumoured ex-girlfriends, Niki Chow and Charmaine Sheh; and ex-golden couple, Bosco Wong and Myolie Wu.

Although Kevin and Charmaine walked down the red carpet arm in arm, they did not have any interaction during the group photo. Instead, Kevin was spotted turning around to chat with Linda Chung, whereas Charmaine leaned forward to talk to Moses Chan. Niki also had no interaction with Kevin and instead chatted with Bosco most of the time.

During an interview, Kevin expressed that it was not awkward appearing with his former love. He said, “When you are at a certain age, you have some history. It’s not a big deal.”

Asked why he did not interact with Charmaine, Kevin replied, “I did talk to her. You guys did not see it! (Will you mind working with Niki?) I will do whatever the company asks me to.”

On the other hand, Charmaine also expressed that there was no awkwardness appearing together with Kevin.

Responding if she had spoken to Niki, Charmaine dodged the question and replied vaguely, “I spoke to many colleagues. I can’t remember if I did [talk to her].” 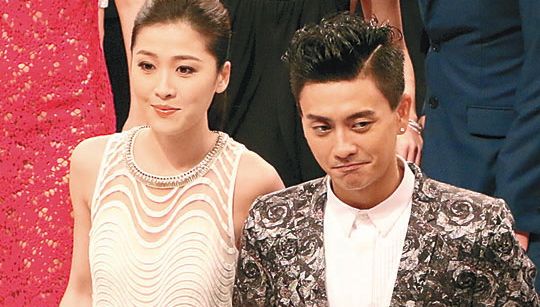 Meanwhile, Niki also said that she and Kevin had greeted each other. Asked if she was fine acting as a couple with Kevin again, Niki said, “I do not mind but it depends on the script too.”

What if the series added Charmaine as well? 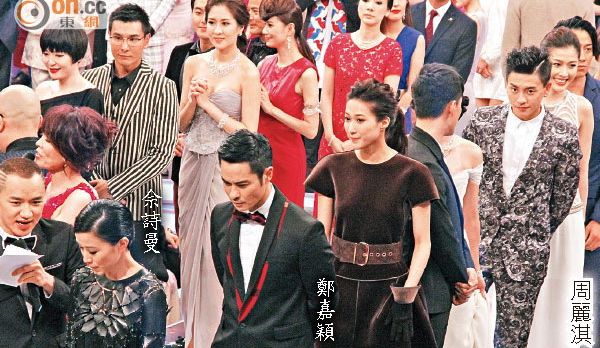