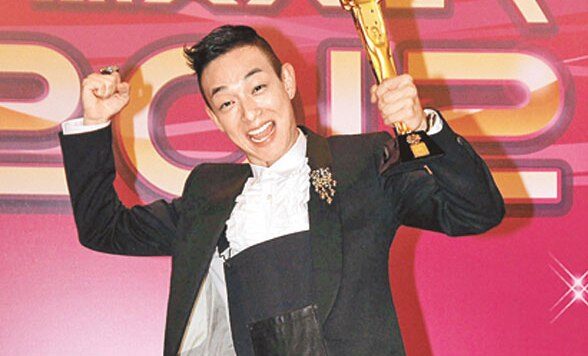 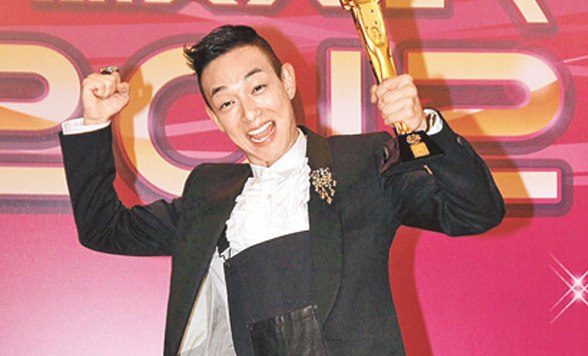 Oscar Leung has successfully sought a breakthrough in his career in 2012. Featured prominently in many series such as L’Escargot <缺宅男女>,  Tiger Cubs <飛虎> and The Confidant <大太監>, Oscar was also handpicked by Director Wong Jing to star as Mountain Chicken in the movie, Young and Dangerous: Reloaded.

With his career soaring high, Oscar has many women who threw themselves on him. However, the 33-year-old TVB actor remains faithful to his 10-year girlfriend, Tina who stands by him all these years.

Oscar revealed that there was a female artiste who had expressed interest in him once. “I drove a female colleague home and of course I informed my girlfriend beforehand. There was once when she refused to get off the car when she reached her place. She even kept asking me to share with her on my acting experiences. I wanted to fall asleep already and kept yawning. I had to wake up early the second day”.

“When she saw that I had no response, she even asked me, ‘Do you want to come up for a cup of coffee?’ When I heard it, I got so annoyed and I told her, ‘I do not need! I need to get up very early the next day, please get off the car!’ When faced with such situation, it’s best not to give the other party any hope. She naturally understood my meaning and immediately hopped off the car”.

Fans scolded girlfriend for being ugly

Unlike other celebrities who kept their romance in secret, Oscar was open about his relationship with Tina. However, some fans could not accept his girlfriend and started to hurl nasty remarks about her.

“There were some perverted netizens on Weibo. They left messages and criticised that my girlfriend was ugly. I was very angry and thought of scolding them back. However, Tina advised me not to and even said to me, ‘Please do not be bothered about them. In actual fact, I look ugly!’ I immediately told her that she was crazy. To be honest, I think she is pretty!”

Oscar added that the nasty remarks on her girlfriend did not stop. “There was another netizen who also said that she was ugly. She replied and said, ‘Yes, I look really ugly! I am so sorry!’ In the end, the other party replied, ‘Actually, I do not mean it. I am sorry!’ Hence, the better you treat him, the more embarrassed he will be. If you retaliate, he will find it more fun and continues to criticise. I learn all these from my girlfriend.” 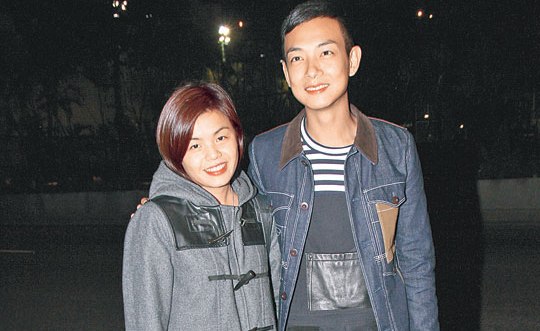 Many friends and family members have been urging him to get married. Only Tina is the one who encourages him to focus on his career. Oscar plans to stabilise his career first and will wait for the right time to tie the knot.

“I always think that when an artiste declared his other half, he is giving the girlfriend a recognition. We are also living together now and have our own home. It is no difference from married life. Only missing is the paper and the banquet. Formality can wait. I will wait for my career to stabilise first”.

Oscar also shared that he had no plans to have a baby yet, although Tina loves children. “I have the thought when I see kids, but I do not have the courage! I saw that Raymond Wong could not buy any branded goods after he had children. My career is just starting to progress well and I hope to fulfill my desires first. In a relationship with girlfriend for ten years, I only brought her once to Thailand for vacation. It is so pathetic!”

The extra that sees the light finally!

In the past, Oscar has always been cast in cameo and forgettable roles. He will even be mocked on the streets.

Recalling his experience before fame, Oscar said, “I went to an eating house and saw a couple. The girl said to her boyfriend, ‘That guy is the one who always act in hilarious roles!’ The boyfriend took a glance and said, ‘He is only an extra!’ I really feel very unhappy at that moment”.

However, Oscar has transformed from an extra to a movie star! When he walked into an eating house again, the patrons’ eyes all lit up upon seeing him.