Francis Ng travelling to Beijing to seek justice for his son 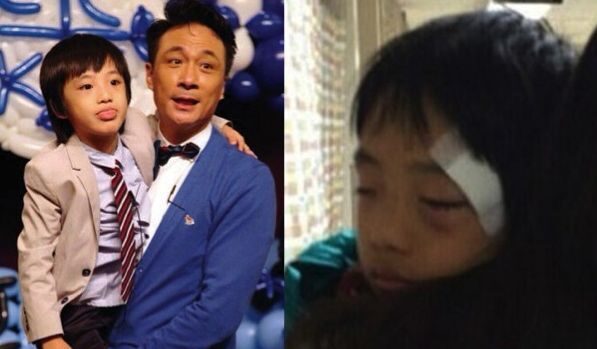 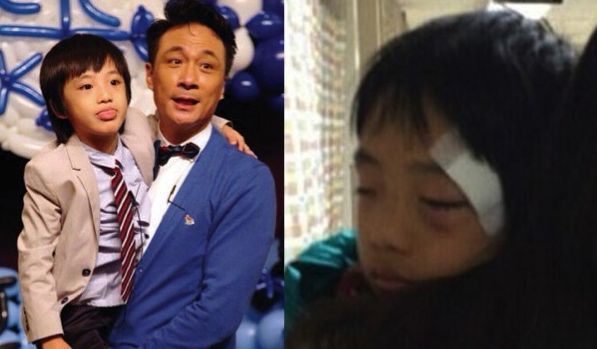 During the filming of Dad, Where are We Going 2<爸爸去哪兒2>, Feynman knocked his eye on the stairs while playing with other children. The six-year-old will have an unremovable scar on his eye and his vision is likely to be permanently damaged.

After expressing his disappointment with Hunan TV, Francis revealed yesterday that the TV station had arranged a meeting with him to discuss the matter,

Earlier, Dad, Where are We Going director Xie Dikui wrote on his Weibo, “The truth will be out one day” and seemed to imply that there was a different story.

Francis said that it was better to communicate the matter in the presence of a lawyer and everyone only hopes to have a satisfied outcome.

Rumours also circulated on the web that Feynman’s injury was due to Gary Chaw’s son. Responding on the rumours, Francis said, “There is no need to implicate another parent. We will talk more after 23rd.”

Meanwhile, Hunan TV issued a statement on its official Weibo, saying that after the accident, the crew had kept asking Francis and Feynman if they wished to end the filming. However, the father and son said that they were fine to continue the filming.

Hunan TV also added that Francis did not produce the medical documents and the receipts as requested, and hence, the insurance payouts were stalled.