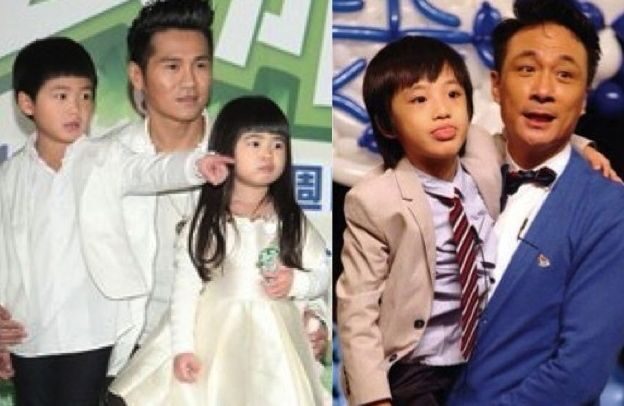 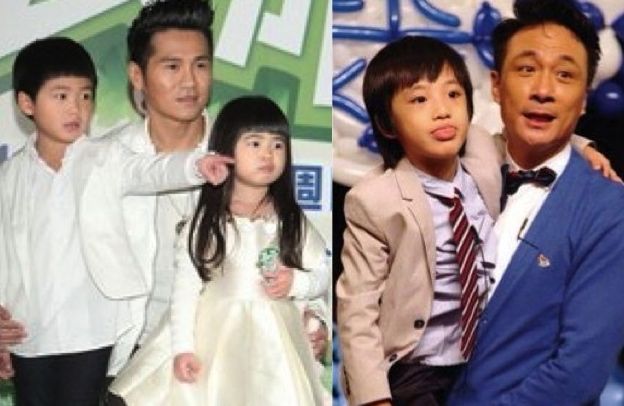 Earlier, Francis Ng angrily revealed that his son, Feynman was injured while filming Dad, Where are We Going 2 <爸爸去哪兒2> last year. The injury will leave a permanent scar on Feynman’s eye and is likely to affect his vision too. Francis has since reached a settlement with Hunan TV on the insurance payout.

Rumours have also circulated that Gary Chaw’s son, Joe was the culprit to push Feynman down the flight of stairs. Gary has had enough of the rumours and blasted angrily on his Weibo.

On 21 May, Gary defended his son and wrote, “Let me clarify. My son did not hurt Feynman! If my son were the one who injured Feynman, I will bear all responsibility. Such accidents are unexpected, but why do my son and I have to endure all scolding and humiliation.  I also feel sorry for all the kids. Since last year, everyone of them has to be scolded and insulted by netizens. Enough!”

He also said, “I request Hunan TV, Brother Francis, Gary Chaw to discuss with a lawyer around. If not, netizens will misunderstand. Please return the truth.”

Gary also wrote an ambiguous message which appeared to be directed at Francis. “Brother Francis is the good guy, and I am the petty guy! Is this the script?”

Two days ago, Gary’s agency released a statement, saying that Gary was subjected to groundless accusations since last year. The statement also said that as a father, Gary’s action to defend his son’s innocence was reasonable.

“We hope that the public can realise the damage from flaming comments. As such, the company will delete the Weibo and will temporarily cease the updating of new post.”