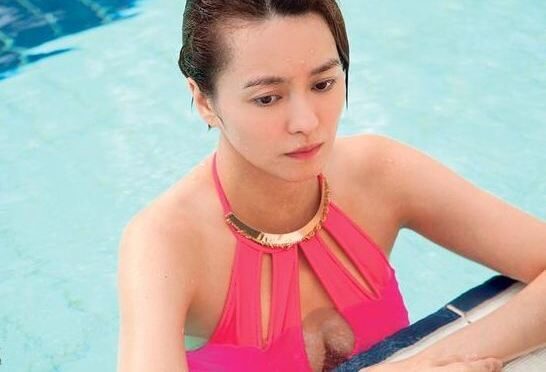 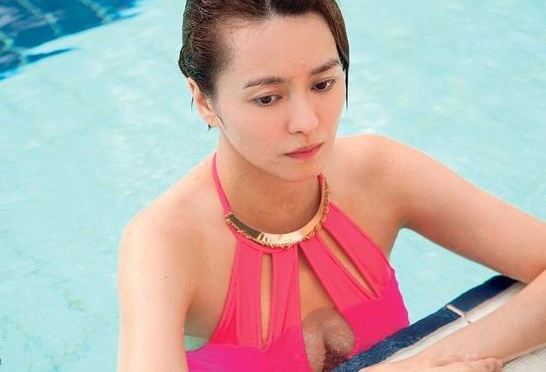 The promotional clip of Edmond Pang’s latest movie, Aberdeen <香港仔> is released. Starring Louis Koo, Gigi Leung, Miriam Yeung and Ng Man Tat, Aberdeen reflects the family dynamics and the struggles of the Hong Kong families before the handover of Hong Kong to China in 1997.

There were many exciting scenes in the teaser clip such as Ng Man Tat’s potrayal of a Taoist priest, Miriam’s in a ghost taxi and a Godzilla appearing at the Hong Kong shore.

Many intimate scenes are revealed as well such as a bed scene of Gigi and Louis, in which the duo acted as a married couple. In a promotional photo, Gigi was dressed in a sexy bikini with a fuller cup size.

When asked about her increased cup size in the film, Gigi laughed, “You have to ask the director how he managed to shoot me looking bustier. I can’t reveal much.”

Miriam also had a breakthrough in her role when she was asked to shoot without any makeup. The director requested her not to sleep for a night before filming so that she could portray a depressed woman more realistically.

Edmond Pang took 5 years to conceptualize and this film differs from his previous comedies Vulgaria and SDU. The film is expected to release in May. 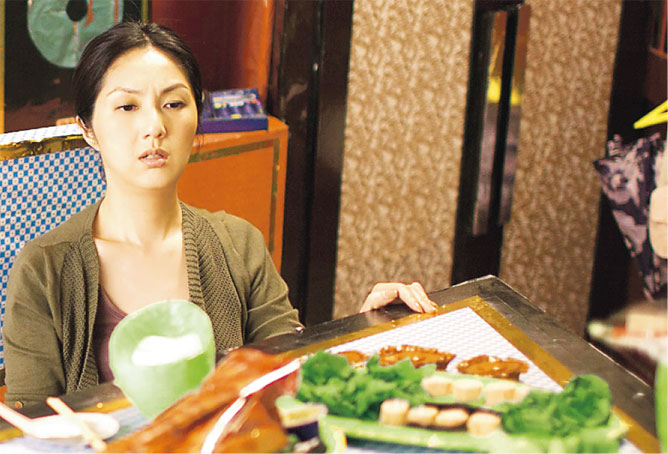 Watch the promotional clip of Aberdeen