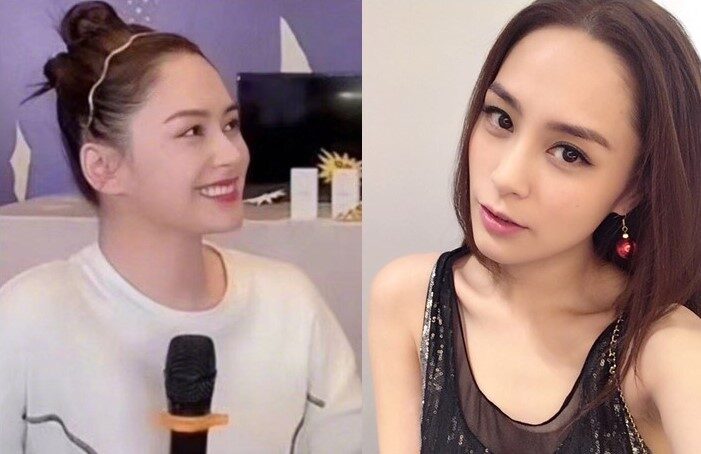 Hongkong star Gillian Chung, and Taiwanese-cosmetologist Michael Lai announced their divorce this May after 14 months of marriage. After the divorce, Gillian has been keeping away from the public eye, and only makes public appearance recently.

On July 17, the 39-year-old appeared on a web live sale in Shanghai. As she put her hair in a bun, many fans noticed that her face is so much rounder, and has a double chin in her side profile.

Although wearing a loose dress, it is still noticeable that Gillian has put on much weight as her shoulders are broader. Many netizens also questioned if it was Gillian herself or if it was her substitute.

Gillian replied awkwardly, “How do I prove that it was me?”

Gillian has mentioned before that she puts on weight easily. She also suffered from hormonal imbalance after freezing her eggs, resulting to her weight gain. She has once eaten 7 meals a day, and caused her weight to increase by 9 kg!