Gillian Chung reveals that boyfriend is a businessman 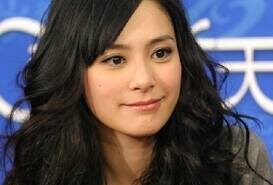 Although Gillian Chung (钟欣桐) remained low key about her new romance, speculations continue to circle on the identity on her boyfriend.

There were speculations that Gillian’s new beau was Kush from K-pop group, Stony Skunk and is a good friend to G-Dragon from Big Bang. Shortly after the news surfaced, Stony Skunk’s fans slammed Gillian for using Kush as a publicity. In the end, Gillian’s fans retaliated and resulted in a heated exchanges between fans at the online forum.

Gillian had no choice but to disclose that her boyfriend was a businessman and not Kush.

“Kush is a well known Korean artist and belongs to the same recording company as Big Bang. The reports that my boyfriend is a friend of Big Bang is not true. Kush is my boyfriend’s friend and the person who was photographed is not Kush. As this news is blowing up in Korea, I do not wish to implicate others further. We do not know any Big Bang member,” said Gillian.

As Gillian wishes to protect her boyfriend, she did not disclose his name. Asked how her boyfriend thought of this incident, Gillian replied, “He knows that I am an artist and is mentally prepared. He is a businessman and will travel around frequently”.

Responding if her boyfriend’s frequent travelling will affect their time together, Gillian said, “It may not be a good thing to meet so often. Absence makes the heart grow fonder”.

Puzzled by the rumours, Kush also clarified through his twitter and wrote, “We did not even meet, why will such rumours surface?”