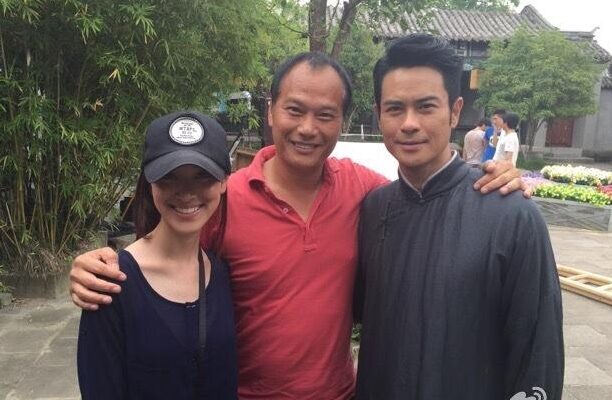 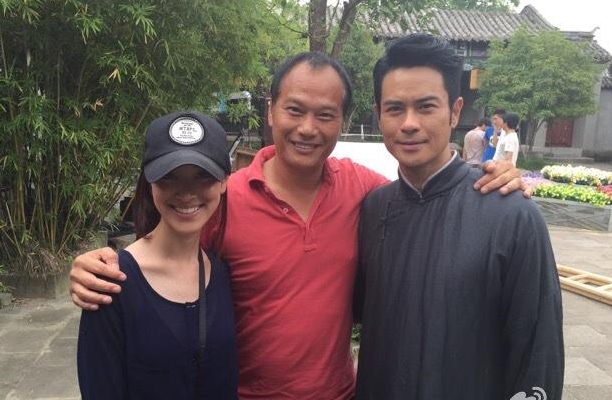 Grace Chan’s secret visit to boyfriend, Kevin Cheng’s film set was accidentally exposed by director Ho Shu Pui, who posted a photo with the couple on his Weibo.

Kevin is currently filming Tai Chi Master: The Door of Tai Chi <太極宗師之太極門> at Hengdian recently. Grace who was supposed to be filming Brother’s Keeper 2 soon <巨輪2> took the time to visit Kevin in Hengdian.

Grace wanted to keep her visit low-profile, but she did not expect that director Ho would post their photo and exposed her secret visit. The photo was deleted by director Ho shortly after, but it still went viral.

Grace admitted visiting her boyfriend and revealed that filming for Brother’s Keeper 2 was delayed for a few days. Hence, she had some free time to visit Kevin in Hengdian. Grace said that her visit was pre-arranged with Kevin and it was not meant as a surprise for him.

Asked if she had missed Kevin, Grace declined to respond and said she did not wish for a high-profile report to surface.