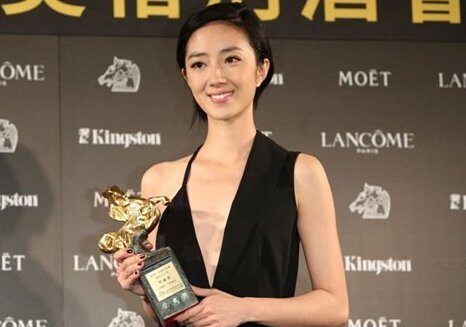 After winning the 49th Golden Horse Award last month, Lun-Mei is given recognition once more for her performance in Gf*Bf  <女朋友。男朋友>. As she had work commitment, she was unable to receive the award personally and the film director represented her on stage.

Winning the 49th Golden Horse Award last month, Sean Lau is unable to clinch the Best Leading Actor this time. Sean, who are widely seen as hot favourite with Tony Leung Ka-Fai eventually lost the award to 82-year-old veteran actor from Philippines, Eddie Garcia. Eddie Garcia won the award for his portrayal of a gay man in Bwakaw.

Asked if he was disappointed with the results, Sean said, “I am not particularly disappointed. Life Without Principle won two awards and Best Film represented efforts from every crew. This is more important than winning the Best Leading Actor. I believe Director Johnnie To will feel the same too”.