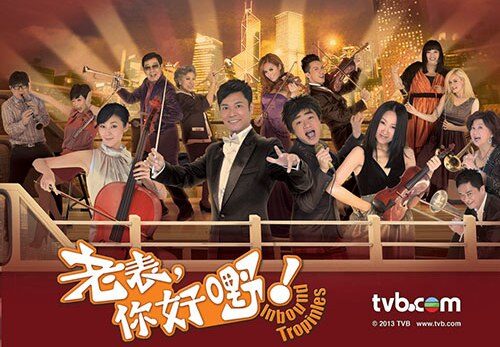 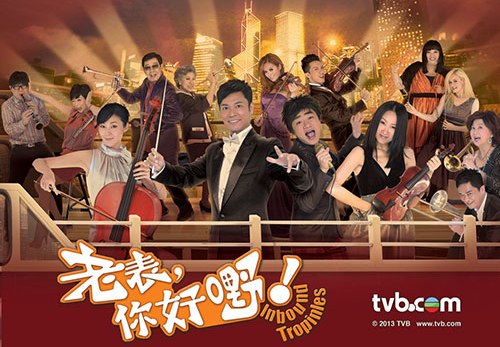 TVB drama, Inbound Troubles <老表，你好嘢> debuted on 14 January 2012 and peaked at 33 points. The ratings of the drama averaged at 31 points and attracted 2.12 million viewers to watch.

Inbound Troubles reflects the tense relationship between Hong Kong and China, and touches on several sensitive social issues. The debut already received 10 complaints from the viewers who criticised the drama for blowing up the contradictory issues between the two countries and gained attention for its controversial subjects. Many viewers also criticised that the drama put down the China netizens and portrayed the Hong Kong citizens negatively.

Acting as the scriptwriter for the drama, Wong Cho Lam brings in his slogans from the show and urges everyone “to be harmonious” and “learn from each other”.

Cho Lam wrote on his Weibo, “There are people who will analyse the issue objectively. There are others who will take offense at the dialogues and the plot. There are some who are keen to see how the drama develop. Some said that they can’t watch it anymore. Some said that I put down the mainlanders and degraded the Hong Kong citizens. There are even some who said that I portray negatively on Dongguan and Sichuan citizens. So, which type of people are you? What kind of people do we need in our society? If you can hold on, you are gutsy. Let’s all continue to watch!”

Besides gaining publicity for its controversial subject, its lead actress Joey Meng also made it to the tabloids’ headlines recently. The former ATV actress, best known for her role in My Date with a Vampire <我和殭屍有個約會>, was said to be childless due to her husband’s obsessive smoking behaviour.

Dismissing the reports, Joey said, “Our body is okay and has no problems. Our decision not to have kids are due to many reasons. I just signed with TVB and it is not appropriate to get pregnant immediately. We will leave it to fate. For now, my work comes first”.

Joey is also anxious about her first TVB drama and hopes that the drama can peak at 40 points.