Jerry Yan and Lin Chi-ling suspected to be living together In the latest episode of Chinese reality programme, Sisters Over Flowers 2 <花樣姐姐2>, Lin Chi-ling was seen packing her luggage in her apartment. However, netizens spotted that the interior of her house was different from the one in the first season.

In Chi-ling’s new home, the ivory-tiled walls was identical to the photo which Jerry posted of his nephew playing at his home. In Jerry’s apartment, there was a small round table also placed at a corner of the room, which was exactly the same as Chi-ling’s house.

However, Taiwanese media reported that the duo’s reconciliation was unlikely as Chi-ling was busy filming in Mexico, whereas Jerry has been racing motorcycles with his good friends recently.

Jerry has also responded through his manager, “You guys think too much! Thank you everyone for your concern.”

However, there is no explanation as to why the interior of their houses look so similar. 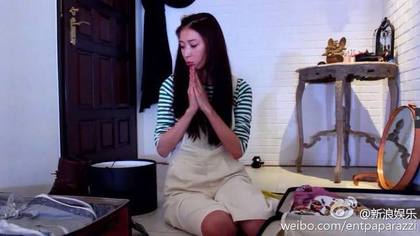