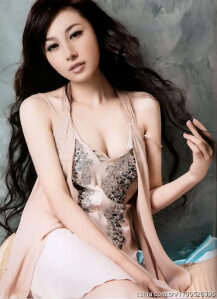 Since admitting her relationship with Louis Fan (樊少皇), JJ Jia (賈曉晨) was pointed as the third party that intervened in the marriage of Louis and his wife. Recently, tabloids also claimed that Louis had a long-time girlfriend in China and even named JJ as the fourth party.At an interview yesterday, JJ expressed her trust for Louis and she is determined to pursue her love. Louis had earlier issued a press statement stating that he was never married to the mother of his two children, and that they had already parted ways. He also clarified that he had separated from his Chinese girlfriend before he met JJ. JJ was frustrated that the tabloids were still dwelling on Louis’ love history and even named her as the fourth party.
Although JJ was upset with the reports, she decided to move on and put behind Louis’ love history. JJ also emphasised that Louis had never cheated on her.
Revealing that she had received many friends’ advice for her to let go of this relationship, JJ insisted to move forward in this romance. She hoped that everyone can support her decision, “I have to thank everyone for your attention. Please believe me. I did not love the wrong guy.”