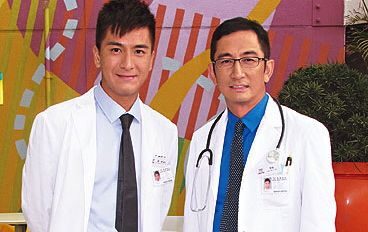 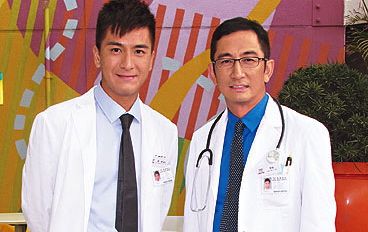 Gaining immerse popularity last year, The Hippocratic Crush sequel will be returning at the end of the year.

The medical drama serial received rave reviews and boosted the popularity of Kenneth Ma. Although playing the lead in the first series of The Hippocratic Crush, Kenneth will instead co-lead the sequel with Lawrence Ng. As compared to the first series, Kenneth’s screen time will be cut down significantly to feature Lawrence.

The 48-year-old Lawrence is best known for his Dr Paul Ching’s role in Healing Hands <妙手仁心>. To ensure the ratings of the The Hippocratic Crush sequel, TVB has specifically invited Lawrence back to film the drama. Lawrence will play a medical consultant who has terminal illness and may have a tragic ending, which will definitely earn the tears of the viewers. Lawrence may well steal the limelight from Kenneth!

Besides adding a refreshing feel to the drama, TVB also intends to leverage on Lawrence’s popularity to increase exposure for Kenneth in China.

An insider disclosed, “Kenneth is well-known in Hong Kong, but not many people know him in China. Many viewers still remember the Dr Paul Ching’s role played by Lawrence. Hence, TVB intends to tap on Lawrence to increase Kenneth’s exposure in China.”

Kenneth admitted the reduction in the screen time and said, “It’s true that I do not have that much screen time this time, but this is a good thing. The sequel will only focus on me and Tavia Yeung from the beginning to the end and there is no other romantic line. Lawrence will make the drama more refreshing.”

Asked if he was worried that Lawrence might steal his screen time, Kenneth replied, “There is nothing to fear about. The most important thing is that many viewers enjoy the drama. It doesn’t matter how much screen time I have.”