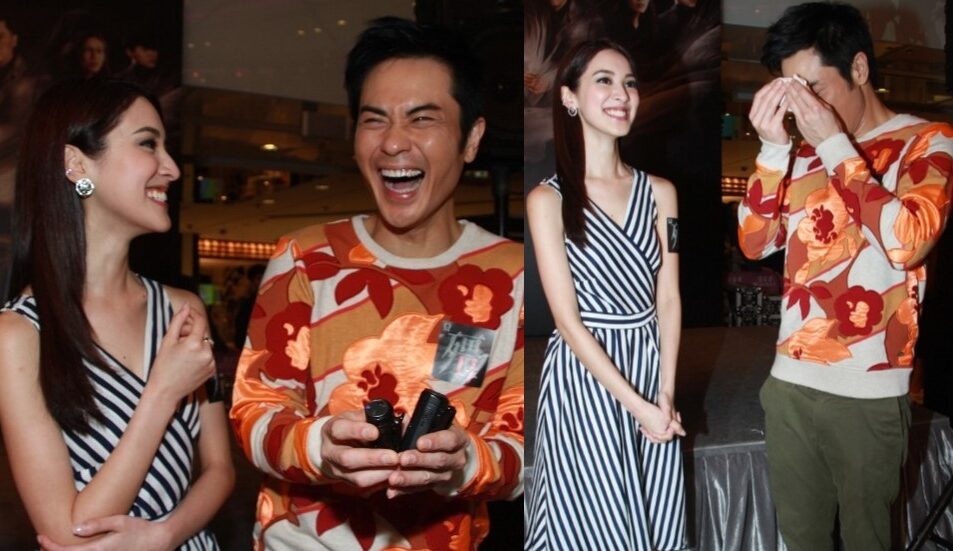 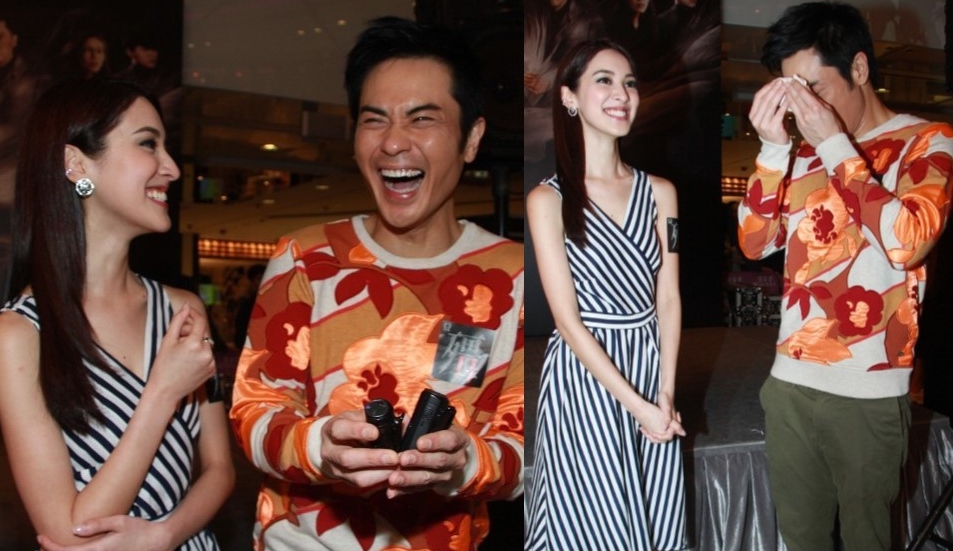 Unlike the previous publicity events, the couple was more willing to accept interview together. Kevin explained, “It’s not that we are reluctant. We just did not want the attention to be on us. Other actors put in a lot of effort.”

Kevin defended her and said, “She went to Canada at 5 years old. It’s already very incredible that she knows how to write her Chinese name.”

In A Starry Homecoming, Grace revealed that although she missed her life in Canada, she would not remain there, as her parents, brother and Kevin were in Hong Kong. Although Kevin was listed last, he did not mind.

“I watched the show. It’s very normal to talk about her parents first. I am very happy that she mentioned me.”

The couple revealed that they had spent the Mother’s Day with their mothers. When asked what gift did he give to Grace’s mother, Kevin looked embarrassed and kept on giggling.

Grace helped him and said, “When he sees something, he will buy for my mum. He won’t specially buy a gift for her.”

When being probed further, a red-faced Kevin replied, “Thank you!” 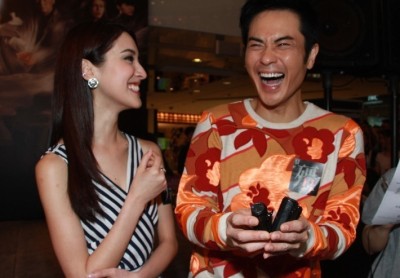 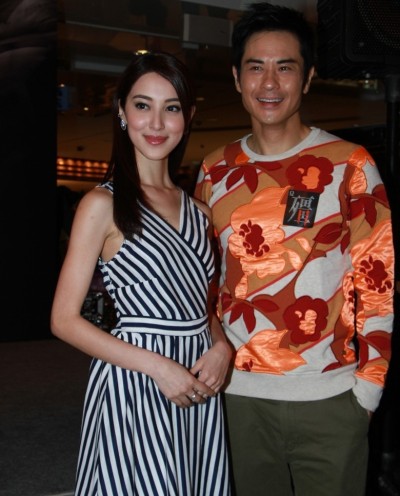