Lin Chi-ling and Amber Kuo dislike each other? 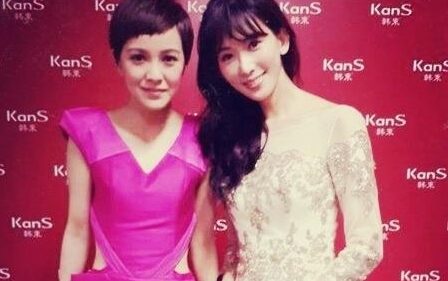 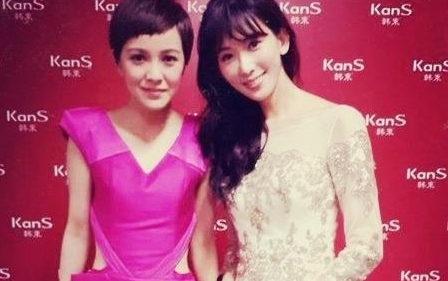 39-year-old Lin Chi-ling and 28-year-old Amber Kuo are rumoured to be at loggerheads and are said to be avoiding each other and refusing to greet one another at an event recently.

Amber’s popularity shot up after starring in Tiny Times <小時代> and suddenly becomes the advertisers’ darling. The singer-actress also replaces Chi-ling as the new spokesperson of a cosmetic product.

Recently, the advertiser invited the duo to endorse different products at an event. Chi-ling was said to be unhappy that Amber was paid an eight figure sum, which was almost the same amount as her endorsement fee.

During the event, Chi-ling and Amber were arranged to appear at different time. The pair reportedly did not greet one another at the backstage.

When asked why she did not say hello to Amber, Chi-ling said, “I am still thinking if I should just go into her room to peep at her.”

After the event, Amber also uploaded a photo with Chi-ling at the backstage. In the photo, the 1.74 m tall Chi-ling appeared to be bending down, standing next to the 1.60 m tall Amber. Amber’s fans have since blasted Chi-ling for “deliberately mocking Amber’s height.” 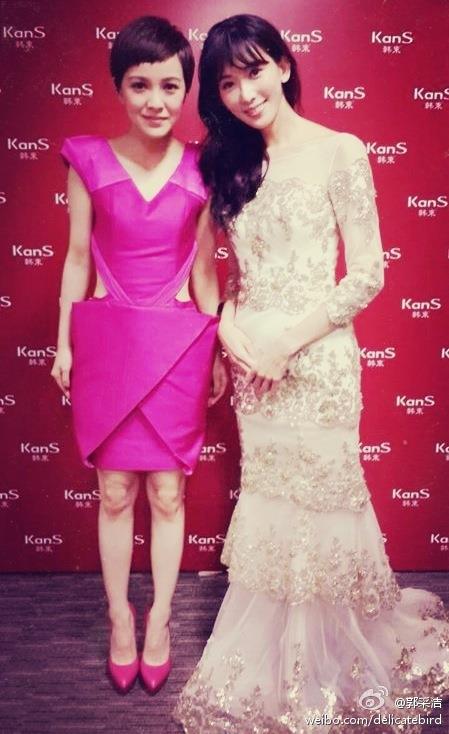 Chi-ling’s manager has since responded, “Chi-ling has the habit of bending down during photo taking, so as to make everyone looks equally tall.”

The manager also denied that Amber earned a eight-figure remuneration.