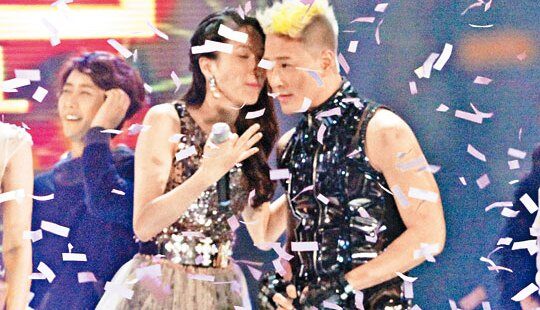 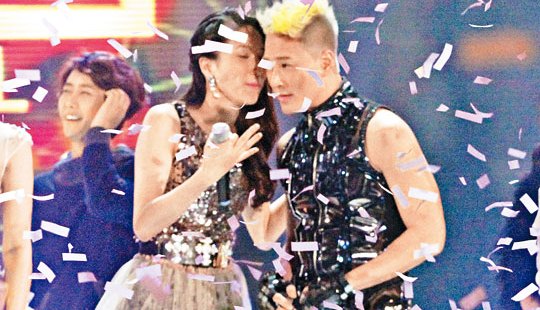 Linda performed an English song Nothing’s Gonna Change My Love For You. Putting up her best to perform the song, Linda was pitch perfect during the performance. After the performance, Linda expressed that it was a nerve-wrecking experience to perform in front of the K-pop stars!

Linda said, “The Korean singers are so good. Myolie and I were encouraging each other at the backstage. After the performance, my body still shakes! Myolie sings very well. She did Hong Kong proud!”

After the performance, Linda was also spotted whispering and hugging Raymond. Linda and Raymond were romantically rumoured many years ago. Asked if she had so much to chat with Raymond, Linda said, “We have not seen each other for a long time!”

Linda also said that she did not confirm with Raymond if he was dating Karena Ng. “I understand that he wants to keep his relationship low key”.

Responding about their rumour years ago, Linda said, “The rumours were long gone. I am an outdated BB! I only wish to be a new generation BB. I am Linda BB!”

Raymond’s dancing performance received warm response from the audience. The crowd even called for an echo performance. Raymond was all praise for Sistar and thought that the lead vocalist sang well. 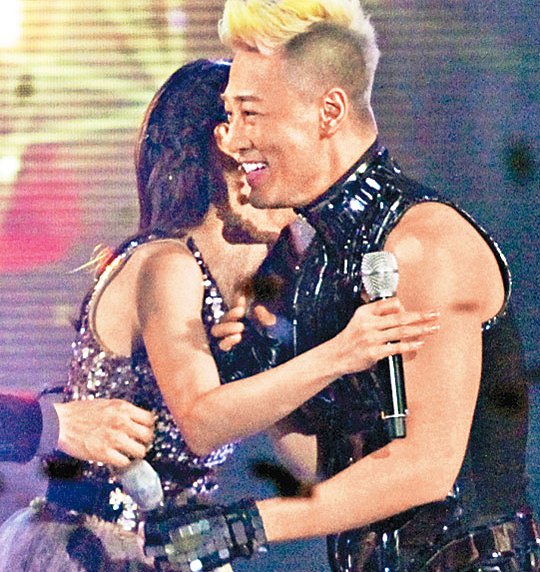 Revealing his regret for not meeting Big Bang, Raymond said, “I was invited as a guest performer at Big Bang concert in Nanjing, but it clashes with my schedule. However, we should have opportunities to meet in future”.

Responding on why he was seen whispering with Linda, Raymond said that he was merely catching up with Linda. Asked if he would spend the festive season with BB (Karena Ng), Raymond replied embarrassingly, “Yes!”

When grilled if Karena had become a part of his family or if she would pay a visit to his family during the new year, Raymond begged the media to stop probing.

“Please do not ask me anymore! I have problem hearing. All of a sudden, I can only understand Korean!”