Makiyo shockingly reveals her childhood ambition: “I wanted to be a club hostess” 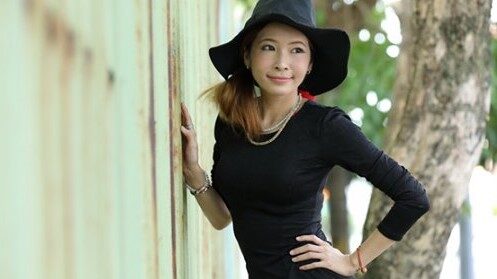 Makiyo‘s mother passed away due to cancer 5 years ago. As she was very close to her mum, Makiyo could not walk out from her sorrow and even had suicidal thoughts.

In an interview with Ettoday, she said, “I lost a major part of my life after my mum passed away. At that time, my house was full of rubbish, and didn’t even have space to walk. There were worms around the rubbish. I did not know what I was living for. I suddenly had suicidal thoughts and I wanted to jump down from a building.”

Under encouragement of her friends, she took three years to walk out from depression.

Makiyo also said that she had no concept of financial planning, as she let her mum handle her finances. Being an artiste for 20 years, she shockingly revealed that if not for her mum, she would have become a club hostess.

When she was young, she hated studying. She also heard that there were night jobs that could earn money without the need of a qualification. As she had good looks, and she heard that the job could let her “sleep till she woke up naturally”, she felt that such life was so good. She even agreed with her classmates, “to work for a hotel in Japan after they graduate from high school.”

She was only 12 at that time, and did not understand what a club hostess job entailed.

“I naively thought that just by chatting and drinking with customers, I could earn money for my mum to lead a good life!”

When she was 14, she was approached to enter into the entertainment industry, and her mother also wanted her to be an artiste. So, her ambition of being a club hostess vanished.