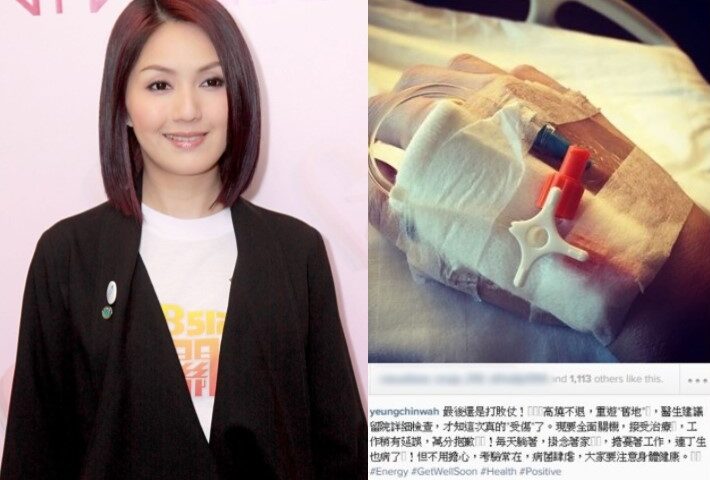 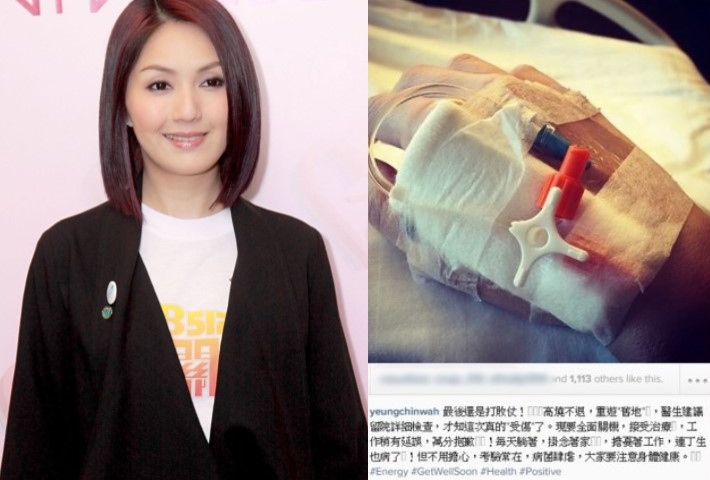 A few days ago, Hong Kong actress-singer Miriam Yeung was admitted into a hospital due to severe high fever triggered by respiratory tract infection.

Yesterday, Miriam uploaded a photo of her hand with needles and said, “Eventually, I lost the battle! The fever has not subsided, and doctor suggested to do a thorough check at hospital. I know that this time I am really hurt. I have to be treated and there will be delay in the work. I am so sorry! Lying here everyday, I miss my baby and worry about work. Mr Ting [referring to her husband] is also sick! Everyone, please take care of your health.'”

Miriam accepted an interview later and said that her fever had subsided. She also thanked everyone for their concern.

Miriam’s husband Real Ting was also admitted together into the hospital with Miriam, but his condition was better after being treated and had full rest in the hospital.

Talking about his wife’s condition, Real said, “Miriam’s fever did not subside after two days, so she was admitted into a hospital. Doctor said that if she delayed her treatment a day later, she would have developed pneumonia.  She is better now. Thank you for your concern.”