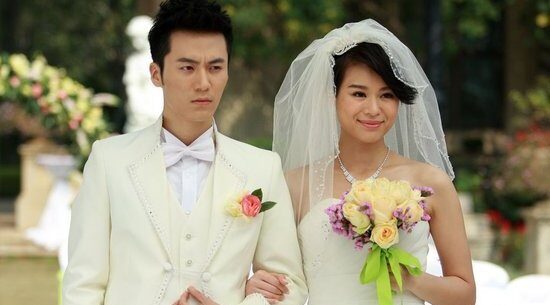 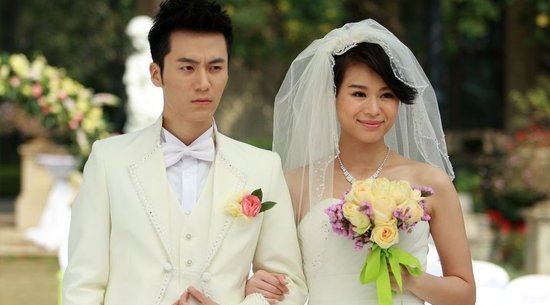 Recently, Myolie Wu disclosed that she had a pursuer lately and that she is currently observing the guy. Tabloids claimed that there were two men who were courting Myolie relentlessly!

One of the men reportedly was outside of the entertainment industry and was recommended to Myolie by her friend. The man who just returns from overseas is particularly very pro-active and often asks Myolie out for dates. Even though Myolie needs to work in Shenzhen, the man allegedly would chase after her there.

Another pursuer reportedly is mainland actor Mao Zijun who is starring with Myolie in Scent of a Beauty <紅酒俏佳人>. The 27-year-old actor allegedly was exceptionally attentive towards Myolie during the filming and the pair was often sighted together. Myolie and Zijun were also photographed dining together. Zijun was said to be even learning Cantonese specially for Myolie.

Responding to her rumours with co-star, Zijun, Myolie replied, “I am still single and he is so much younger than me. We are not that familiar with each other too. The photo was taken by a crew when we were filming at a red wine specialty house”.

There was also report that Bosco Wong could not take it that his former girlfriend had a new pursuer and hired two mainland assistants to “accompany” him in China.  Bosco dismissed the rumours and even congratulated Myolie.

“A good woman will naturally have pursuer. For myself, I have not thought of dating at the moment,” said Bosco.