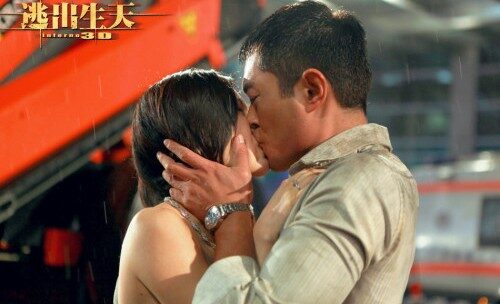 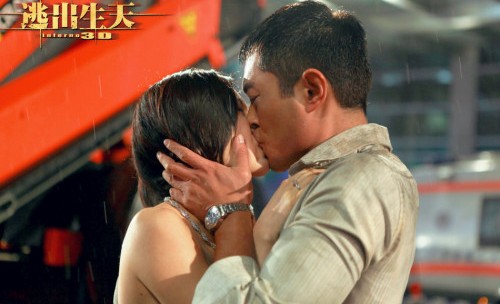 While kissing her idol may seem like an exciting thing, it is definitely not so for Natalie Tong.

While a kissing scene might seem to be a romantic and easy task, it is exxtremly unbearable for Louis and Natalie as they had to film in a raining weather of under 10°C.

Recalling her kissing scene with her idol Louis, Natalie said, “I was already very nervous filming the scene with my idol. The weather was so cold and the costume was very thin. I was so cold that my teeth chattered non-stop! ”

Enduring the rain for almost five hours, Louis said, “I was still thinking how lucky I was compared to Sean Lau as I did not have to wear the thick fire fighter costume. I never expect that the weather in Guangzhou is so cold. It’s my turn to get jealous of Sean’s thick clothing.” 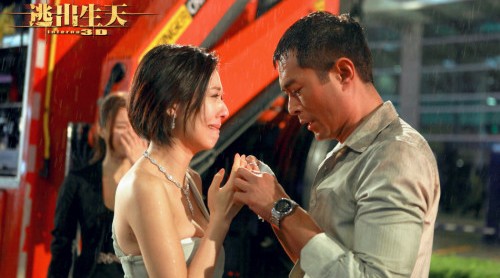 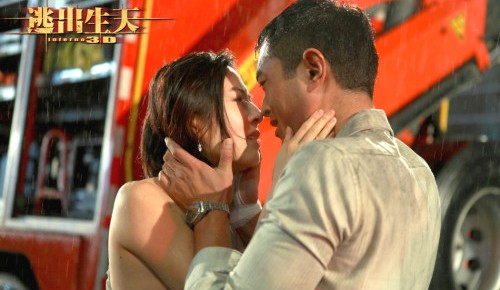