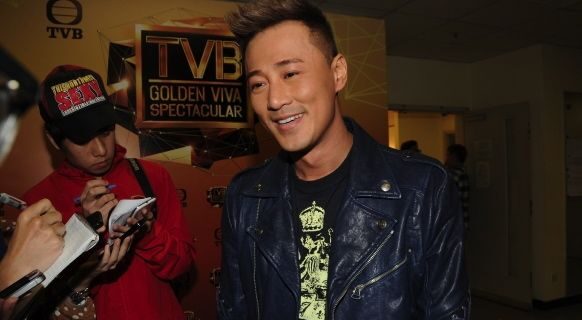 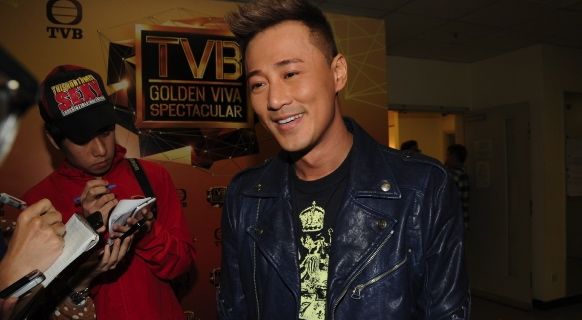 Romantic rumours between Raymond Lam and Karena Ng have been brewing and escalating for the past few weeks. For the first time, Raymond finally confesses his relationship with Karena Ng!

This evening, Raymond was in TVB city to record the Jade Solid Gold <劲歌金曲> programme. The 33-year-old TVB actor caused a stir when he declared that he had been dating for quite some time with the 19-year-old Karena. Raymond expressed that he wished to put a stop to the fabricated reports and urged the public not to view Karena negatively due to the rumours.

A solemn Raymond said, “All along, I will not share any things outside my job, but I will not deny such matter (relationship). However, the recent reports have affected the ones I love and this include my family and her family”.

Asked if the “she” was referring to Karena, Raymond admitted with any hesitation.

Tabloids reported that Raymond was paying for Karena and her family living expenses. Shooting down the rumours, Raymond said, “We shouldn’t implicate other’s family into the picture. Earlier, there was report which said that I was renting an apartment for her. Such reports totally distorted everyone’s impression and I felt very unhappy about it”.

Asked if he was admitting his relationship with Karena, Raymond said, “Yes. I am only doing what a man ought to do”.

Speaking about his unusual acknowledgement of his romance, Raymond said, “I have to do what I am supposed to do under this circumstance. I have not met her family. She met my family at a public event before”.

Raymond denied that it was because of Karena’s unhappiness that prompted him to declare their relationship. He also stressed that they were not living together and that their relationship was not based on any monetary connection.

“I do not wish to see a good girl and someone that I care about would be misunderstood by the public”.

Raymond also emphasised that Karena had a good family background and urged the media not to create further fabricated stories.

Dodging the question if he had informed TVB executive, Ms Virginia Lok, Raymond said, “I also have the right to make decision. I have my personal life out of work too”.

Karena, who is currently filming in Wuxi responded through her manager that she agreed with what Raymond said.