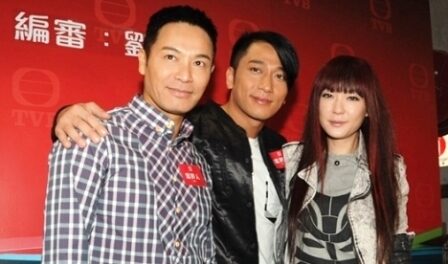 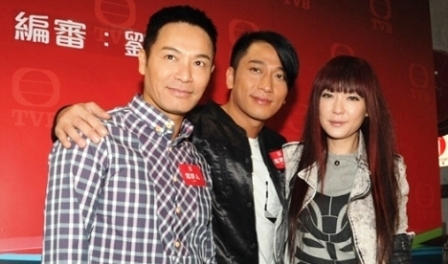 Earlier, Ron Ng’s fans were furious that their idol was ranked below Roger Kwok and Kristal Tin in the cast list of TVB’s new drama, The Good and the Bad <忠奸人> and even ranted their displeasure on forum that Ron had become a supporting role.

Yesterday, the cast of The Good and the Bad had a blessing ceremony at TVB City. Addressing the matter that Ron was ranked below him in the cast list, Roger clarified that the ranking was based on age. He said that Ron had a lot of screen time and his role is important in the drama.

“He will be having a hard time filming and needs to act in every scene. Actually, everyone is a leading actor. You have no idea how happy he is to face me,” said Roger.

Ron said that he was very touched by his fans’ support and urged his fans not to be too anxious about it.

“There is no ranking at all. My role will appear from the beginning to the end. I have filmed until late nights recently. It’s just that the fans do not know.”