Ron Ng, Ruco Chan not on bad terms: “We are brothers!” 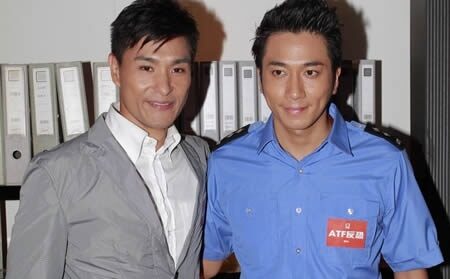 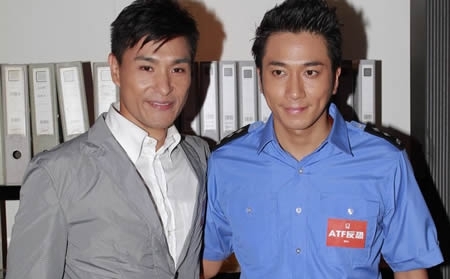 After being warehoused for almost three years, Ron Ng and Ruco Chan’s Ruse of Engagement <叛逃> will premiere on 17 March 2014.

There were rumours that TVB intended to promote Ruco and made him the first leading actor in the series. Ron’s screen time was reduced as a result, and ‘downgraded’ to the second leading actor.

The delay of the telecast reportedly was also due to Ruco as he had too many dramas scheduled last year. Ron was rumoured to be unhappy with Ruco and blamed him for the series being shelved aside.

Playing brothers in the series, Ron has dismissed the rumours and said that he had good relationship with his co-star.

“He is an actor with his own opinions. We had good time filming together. When I bump into him at the company, I will call him ‘Brother’. We saw each other from day to night during the two months filming, our relationship is as good as real brothers,” said Ron.

Ron also clarified why the series was warehoused for three years. “From what I know, Tiger Cubs <飛虎> was aired first. This series was similar in terms of the theme and costume. The company did not want to have too many dramas of similar themes airing together, so it was arranged to air it later.”

This series centres around the story of two brothers who are working as paramilitary officers in the Anti-Terrorist Force (ATF). There are many explosive and dangerous stunts in this action-crime series. Many of the stunts were personally taken by actors.

Recalling that he was injured during one of stunts, Ron said, “We were filming a field training scene in Sai Kung in which we had to climb the rope of 3 to 4 stories high. During the actual filming, I was not climbing a staircase, but walking on steels which were not sturdy. When I raised my head, I was hit by the steels and nearly pierced through my eyes.”

Ron was immediately rushed to the hospital after the accident.