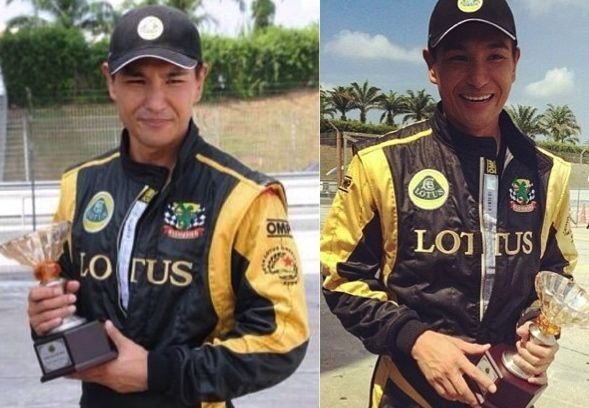 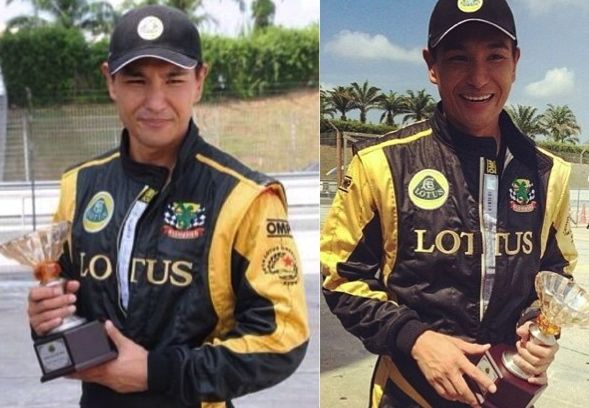 Ruco Chan and Lynn Hung transformed into racing drivers and competed in the LOTUS Cup Asia 2014 at the Sepang International Circuit, Malaysia.

Ruco and Lynn arrived in Malaysia on Friday, and raced two rounds on Saturday and Sunday. Ruco eventually finished in ninth place, whereas Lynn finished in tenth place. Although the duo took the last two places in the final race results, they managed to complete the whole race as new drivers, and eventually clinched the Best Novice Driver awards.

Ruco was excited winning his first trophy at the racing event, “I hope when the next time I return, I will not just get the Best Novice Driver trophy!”

Recalling his racing game, Ruco said that he was initially placed sixth in place, but fell behind subsequently.

“This international racing track is not simple. I had to remember all the steps and so, I started it slow. I used to think that sitting in the racing car would be thrilling, but you actually need to be calm. Only this will the car speed pick up!” 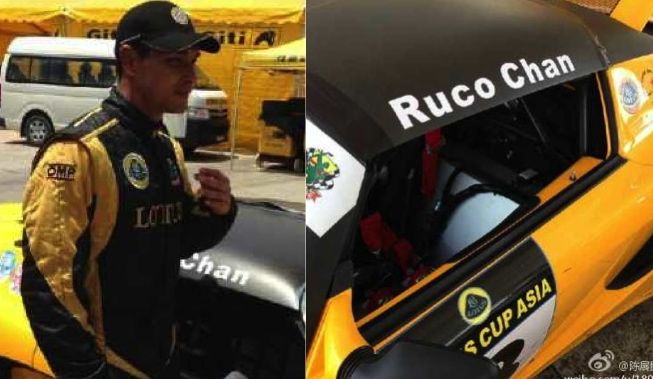 When asked if any “special friend” would be worried for him, Ruco said, “Yes, my friends all asked me to be extra careful via the Weibo and WeChat.”

He also revealed that his mum was the most worried for him. “But she trusts me a lot, so she knows I will be doing fine.”

After the game, other racing drivers all patted Ruco and said to him, “Just a half step more”  <差半步>.

Ruco said, “Haha.. they all like this song! (Just a half step more  <差半步> is the ending theme of Ruco’s series, Outbound Love <单恋双城>) As this was a super challenge for me, they gave me many valuable advice. In a racing game, it makes a lot of difference in every second and step. There are many things to take note, so I just missed that little bit.”

Ruco also praised Lynn for her courage. “She was competing with a group of guys. It was very brave of her. I believe she will improve the next time.” 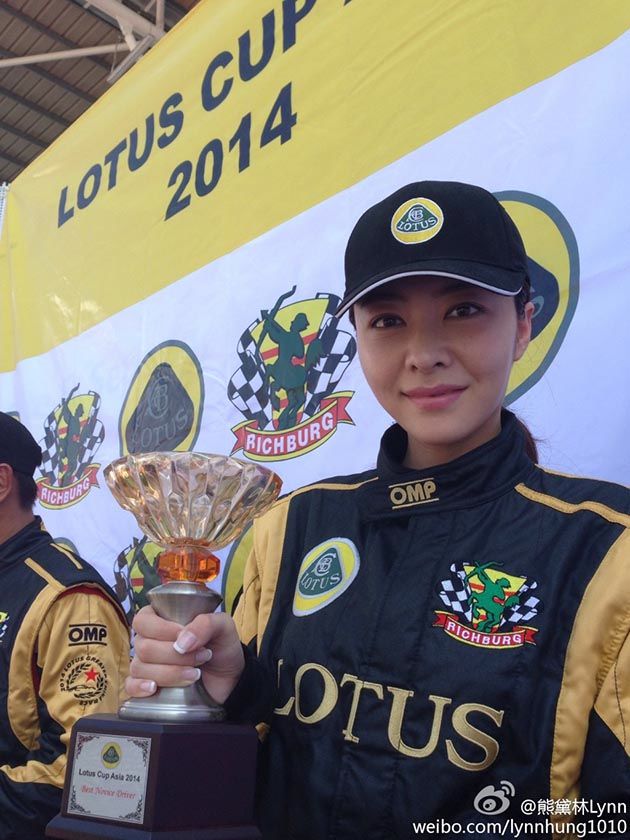