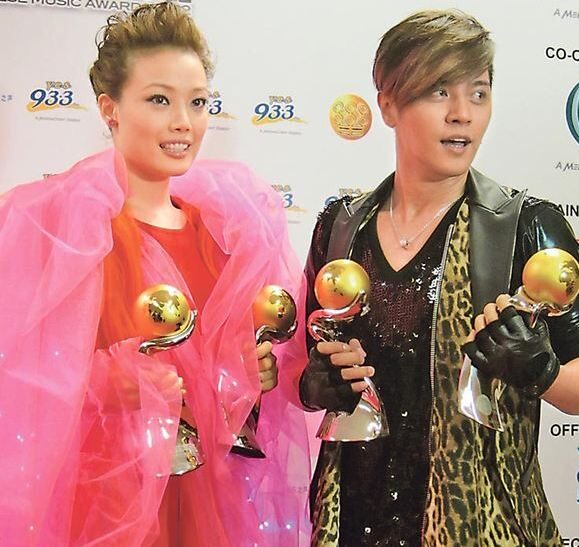 Although Show was happy to be conferred the ‘Most Popular Male Singer’, the award that he wanted most was the ‘Best Composing Award’. Said Show, “I hope that one day, I can launch an album in which all the songs are composed by me. I can give my fans something refreshing.”

Although Show and Rainie were romantically rumoured earlier, the pair did not avoid consciously and even openly flirted with one another. Dressed in a striking red outfit, Show teased Rainie of being a red hot chilli. Rainie also disclosed that Show had taught her to pose for her performance and the duo even demonstrated publicly the moves.

Eason also went on to sweep the ‘Best Album’ award together with JJ Lin, whereas Tanya clinched the ‘Best Music Composition’ award.
Wearing a wool jacket in the summer weather of Singapore, Eason was sweating excessively. He could not take it and said, “Singapore is so hot! I wore the wrong suit!”

Full results of the GCMA can be viewed at xinmsn.com.