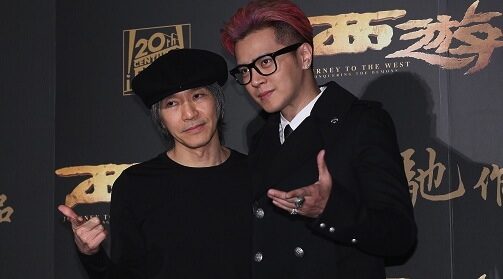 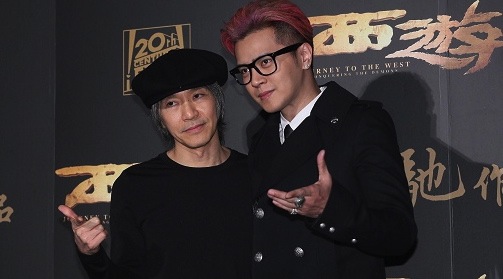 Stephen Chow’s latest movie, Journey to the West <西遊：降魔篇> is widely seen as a blockbuster hit in the lunar new year season. Starring sexy goddess Shu Qi and Taiwanese pop idol Show Luo, fans are anticipating for the movie to hit the theatres.

However, it is a pity that Stephen himself will not be starring in the movie and fans lamented that they miss his signature comical appearance. Publicising the movie with Show yesterday in Taiwan, Stephen assured fans that he would still be acting in the near future.

As Stephen wished to devote his time into directing the movie, he did not star in it this time. Stephen said, “Actually, every character has my shadow. I put my soul into the movie. Shu Qi is a kungfu expert, so am I. Wen Zhang has his ideal, so am I. Show is empty and so am I!”

Stephen also proudly said that he had a sharp eye for selecting his cast. “For example, Show. Although he is a charming and handsome gentleman, but deep inside, he is very empty… very lonely… very cold”.

As Show is a big fan of Stephen, his biggest gain is collect his idol’s telephone number. Like a little fan standing next to Stephen, Show said, “I told him that I would like to act with him the next time. As long as I can stand beside him, I can do anything!” 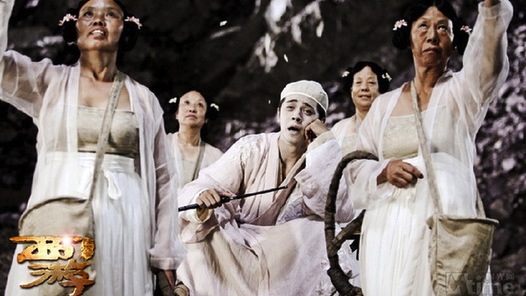 Show also expressed that he had blushed while working with goddess, Shu Qi for the first time. When Shu Qi rested on Show’s chest, he was so tense that he dared not looked at her.

The 50-year-old Stephen was also asked about his love life since his former love, Athena Chu and Karen Mok had all gotten married. The single Stephen said, “Everyone is different! I can’t control my love life. It depends on fate”.

Asked if his mother had been urging him to get married, Stephen said, “I am already at this age. Whatever she says, it’s useless”.

Responding on why his movie always reflect a not-so-happy ending in love, Stephen said sentimentally, “Love is most romantic when it is sorrowful and poignant”.