“Survivor Games” slammed after forcing celebrities to drink their own urine 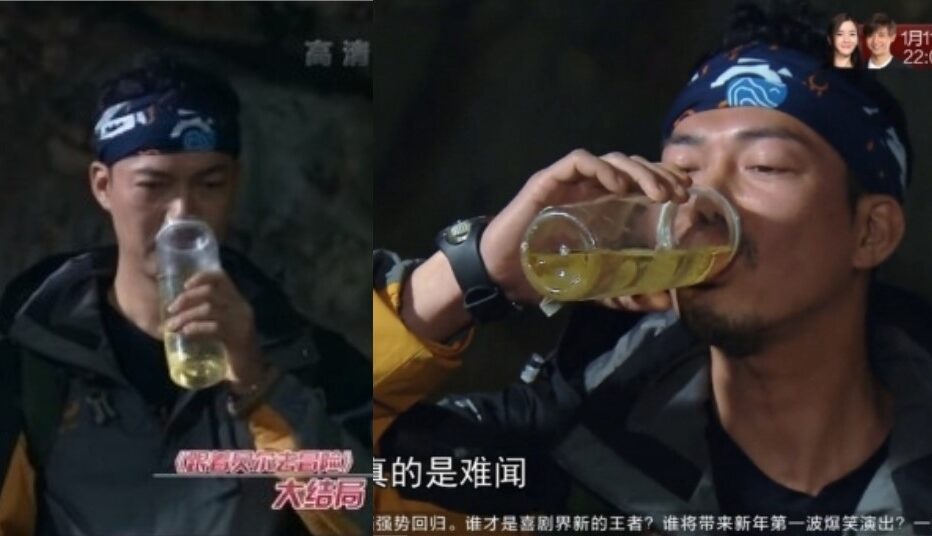 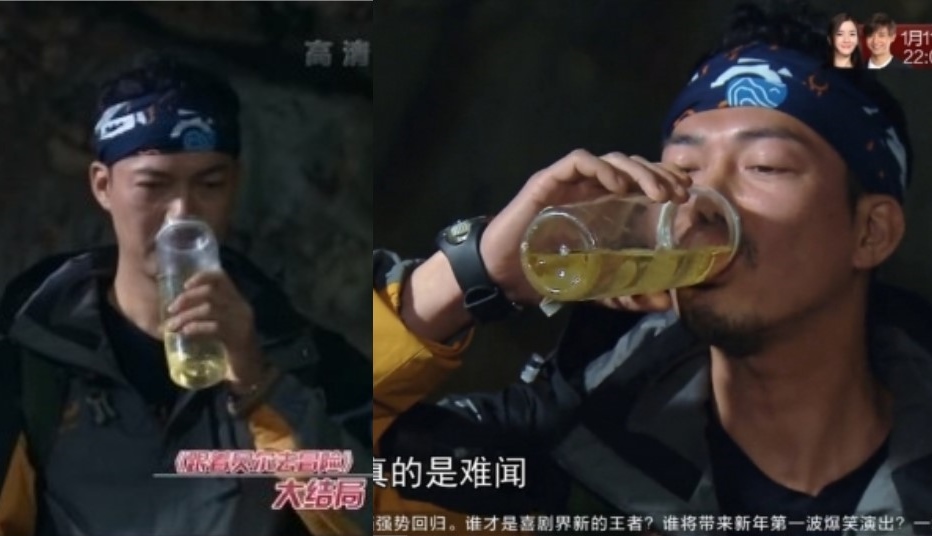 The show, hosted by British adventurer and television presenter, Bear Grylls led the celebrities on a 15-day survival trip in the wild. The programme also features other stars such as Janine Chang, Andy Zhang, Cecilia Han and Da Zhangwei.

In the programme, the celebrities had to overcome the physical and psychological challenges, and pushed themselves to overcome their limits during the survival missions. Besides eating live worms, the celebrity contestants even were asked to drink their own urine!

In the final episode, Bear requested the contestants to urinate in a bottle. Michael initially thought that the urine was for some test, and even joked, “I believe I am quite healthy. The colour looks fine.”

When the contestants were told to drink their urine, their faces changed. Although they were told that their urine was boiled beforehand and was mixed with water, most of them still struggled with the task and even refused to drink initially.

Although Michael looked disgusted when asked to complete the task, he was very professional and took one deep breath before drinking the whole bottle of urine! 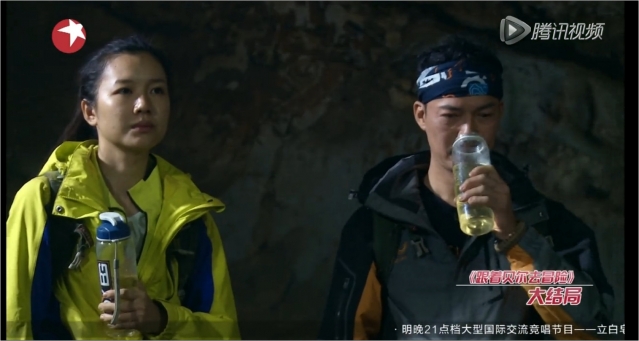 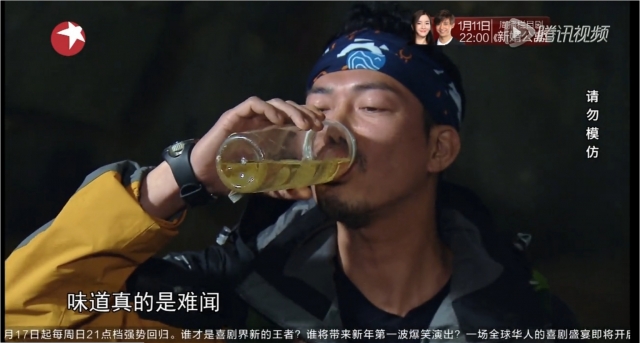 He said afterwards, “Although it’s very disgusting, we still need to face it. This is a message that Bear was trying to convey. It smells very bad, but it didn’t feel so bad knowing that it was from myself. So I didn’t think too much before gulping it down.”

After the programme was aired, many netizens have slammed the show for “too tasteless” and “disgusting”.

Many also commented, “It’s not easy to earn Chinese currency!”

One said, “Since they wanted to earn Chinese currency, they have to tolerate it.”

Most netizens have also praised Michael for his courage and grit in the adventure show. 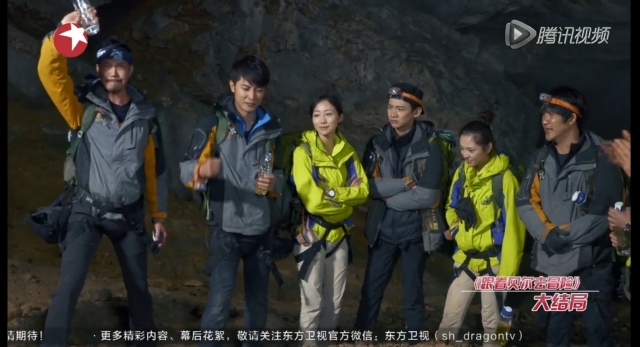 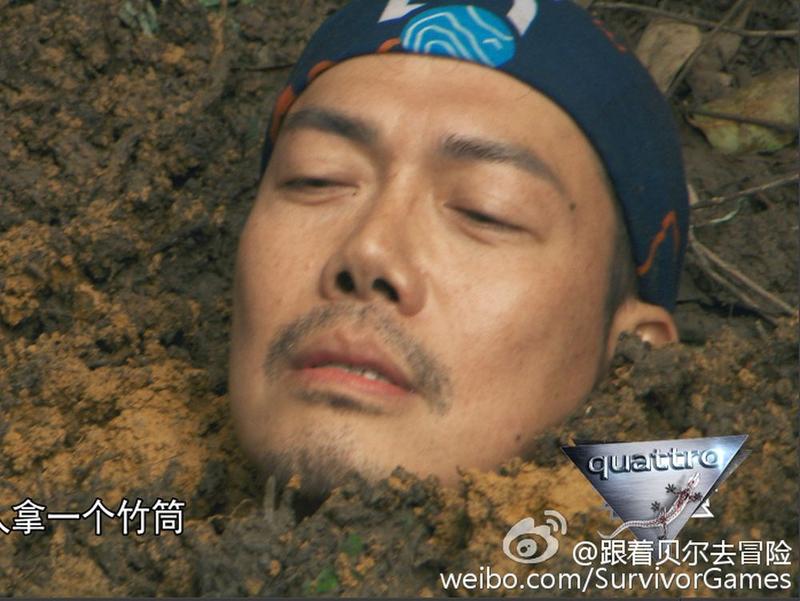 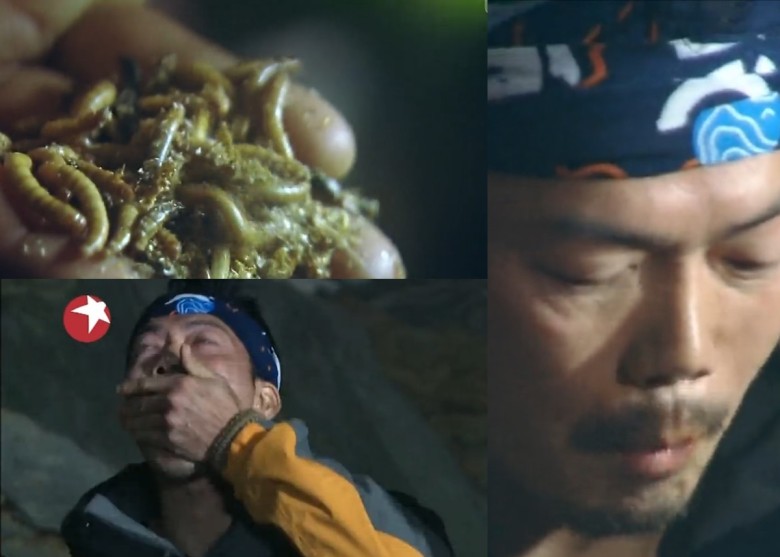