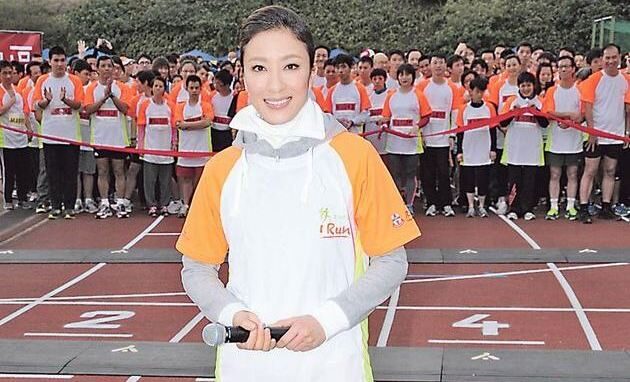 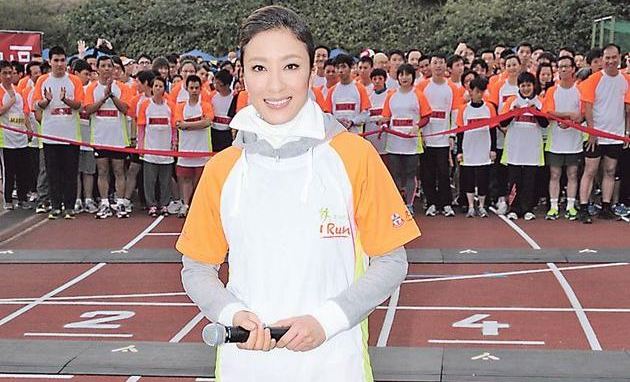 Tavia Yeung recently met with a car accident in China. She was terribly shaken when the accident happened and fortunately did not sustain any injuries.

Speaking about her accident, Tavia said, “The front of the car was damaged. There was a moment in which I felt so scared. Luckily, I was not injured and I was afraid that I would be late for the event”. Asked if she called Him Law upon meeting the accident, Tavia said, “I was busily checking if my make up was intact!”

Tavia attended a marathon race at a Hong Kong university yesterday. She joked that she had zero interest for sports. Asked if she hit out the gyms together with Him, Tavia said, “A girl does not need to train up. Even if I have a personal trainer, I don’t have a personal gym”.

As Tavia was working in China two days ago, she had missed out the cast gathering to watch the 2-hour finale of Friendly Fire <法網狙擊>. Viewers commented that her breast-feeding scene in a rest area in court was illogical. Responding to viewers’ comments, Tavia said, “There will always be criticisms for a drama. The breast-feeding scene is to depict that a woman lawyer also values family. She can be a “little woman” in times of crisis.”