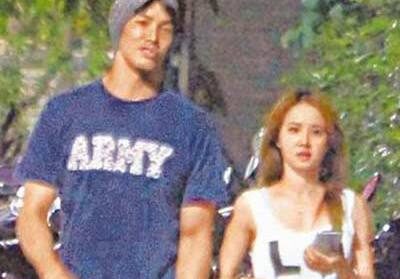 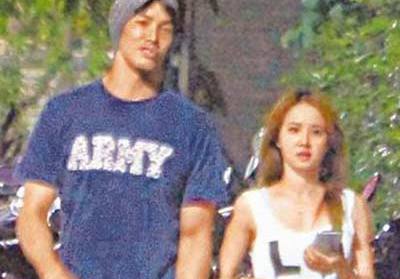 With rumours of the couple cohabiting, Jolin Tsai and Vivian Dawson were spotted to be spending a night together again.

Paparazzi caught the couple going on a movie date on 13 June 2013. At about 10 pm, Jolin and Vivian walked out from the cinema and boarded Jolin’s newly purchased white Mercedes. Vivian drove the car for a while before stopping at a roadside. A woman approached the couple and chatted with them for five minutes. Vivian drove off and returned to Jolin’s luxurious apartment at the Rui’an Street.

Vivian reportedly has moved out from his rented apartment and currently stays with Jolin. Vivian allegedly would head over to Jolin’s place after finishing his work.

On the next day (14th June 2013), Jolin seemed to know that paparazzi had waited for her outside her house. Appearing to be shielding her boyfriend, Jolin stepped out from her house alone and travelled by foot to the dance studio.

An hour later, Jolin drove to a nearby pet shop and took her beloved dog for grooming. She then returned to the dance studio before calling off a day at 5 pm.

Jolin’s manager dismissed the rumours, “They are not cohabiting. Jolin has been living alone.”

Vivian’s manager also emphasized that Vivian had a rented apartment. 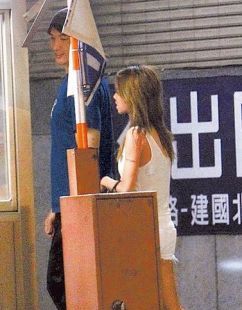 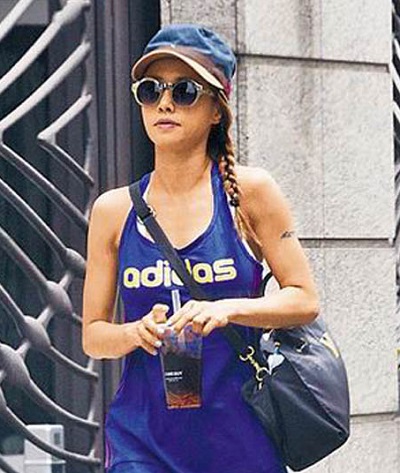