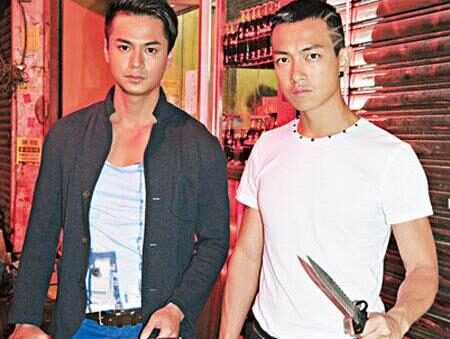 Wong Jing’s remake of the 1996 classic movie, Young and Dangerous is highly anticipated by many.

The new movie, Young and Dangerous: Reloaded will install a new blood and Him Law and Oscar Leung will take on the iconic roles of Chan Ho-Nam and chicken respectively.

Director Wong shared that the film will adopt the same storyline, but will add new details into the script. The movie will also feature many bloodshed scenes, daring sex scenes and profanity.

The trailer is exposed recently and uses the concept of the animation. The style of the movie is also similar to the previous versions.

Him Law also revealed that they are currently filming for the sequel. “Hope that we can film more series. I will be a fugitive and escape to Taiwan in this series. I hope that we can shoot the second series in Taiwan. There will be some pressure as this movie is so successful in the past. We hope that everyone can give it a chance”.

Young and Dangerous: Reloaded is slated to release on 10 January 2013 in Hong Kong. As the movie glorifies violence and have many explicit scenes, it will not be released in China.