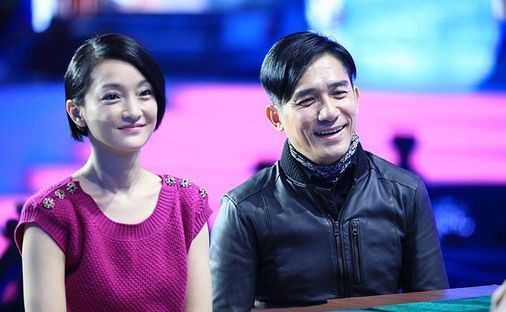 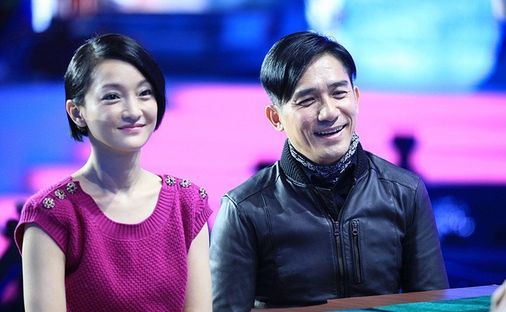 Things are definitely getting more complicated for Zhou Xun and Nicholas Tse. The pair has been in the headlines for a week after being rumoured to be dating. Now, Hong Kong tabloids claimed that Zhou Xun had secretly dated Tony Leung for two years and her romance with Nicholas was deliberately to spite him.

As Zhou Xun was hit by a series of negative reports surrounding her ex-boyfriend, Tony would often talk to her and shared his experiences of coping with negative news. The pair then started to move closer and could talk anything under the sun. Gradually, Zhou Xun has become a soul mate to Tony.

An insider said, “Tony felt difficult to communicate with outgoing women. He felt that it was more important to communicate on a spiritual basis. Both of them were often seen sitting together for a long time without uttering a singe word.”

In October, Tony celebrated Zhou Xun’s 37th birthday together with the crew. Although the couple maintained a distance, they would often smile coyly at each other. After the publicity of The Silent War ended, both Zhou Xun and Tony Leung still kept in touch but was cautious about meeting up.

At this year’s Hong Kong Film Awards, Zhou Xun was nominated for the Best Actress Award for her performances in The Silent War and The Great Magician. As there was an opportunity for her to clinch a trophy with Tony together, Zhou Xun reportedly was very thrilled.

“Both Zhou Xun’s nominated roles were starred with Tony. She was so excited that she had a chance to win the award together with him. However, Tony’s response was quite cold and said that he might not attend [the ceremony]. At that time, he was quite reluctant to pick up Zhou Xun’s calls and did not reply to her text messages. Most likely, Carina Lau had started to get suspicious,” said the insider.

Zhou Xun reportedly was furious that she did not attend the awards ceremony. In the end, Miriam Yeung bagged the Best Actress award.

Sources said that Tony had initially planned to celebrate his 51st birthday with Zhou Xun in June. However, Carina allegedly got wind of it and returned to Hong Kong on the eve of his birthday. After their meeting was called off, Zhou Xun reportedly asked her good friend, Shu Qi out on Tony’s birthday and cried her heart out to her.

Recently, Zhou Xun has stayed in Hong Kong to seek treatment from a dermatologist. As she often bumped into her neighbour, Nicholas, the pair would often chat and sometimes she would join in the gathering of his friends. As both were single, they were often joked by friends to get closer.

In order to spite Tony, Zhou Xun allegedly did not resist the idea about dating Nicholas and this led to the blossoming of the romance between Nicholas and Zhou Xun.