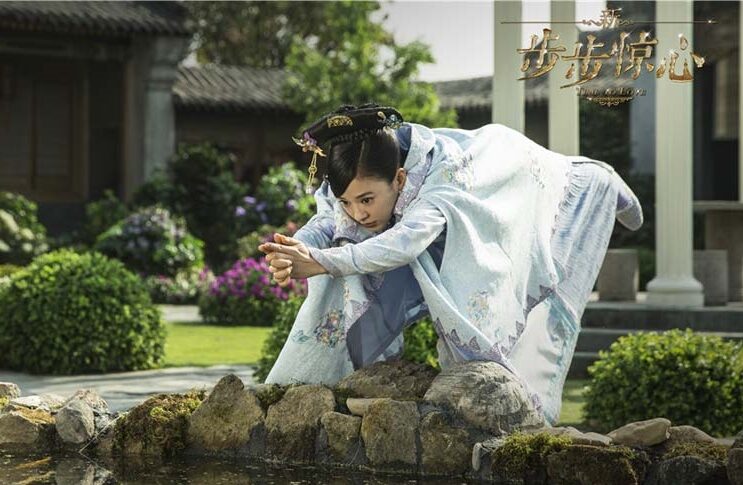 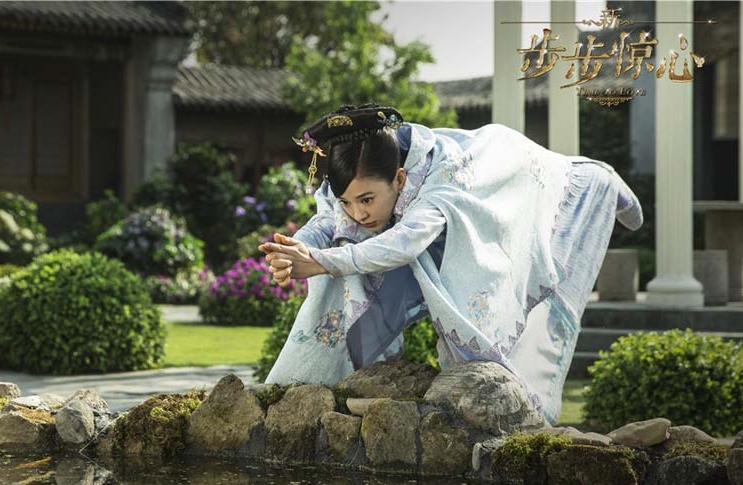 The story of a modern woman, who travels back in time to the Qing dynasty and develops friendship and romances with the ancient princes is a big hit with audience.

Ever since a movie version of Bu Bu Jing Xin was announced, many fans are excited and yet hope that the movie will deliver an equally good production as the TV series. 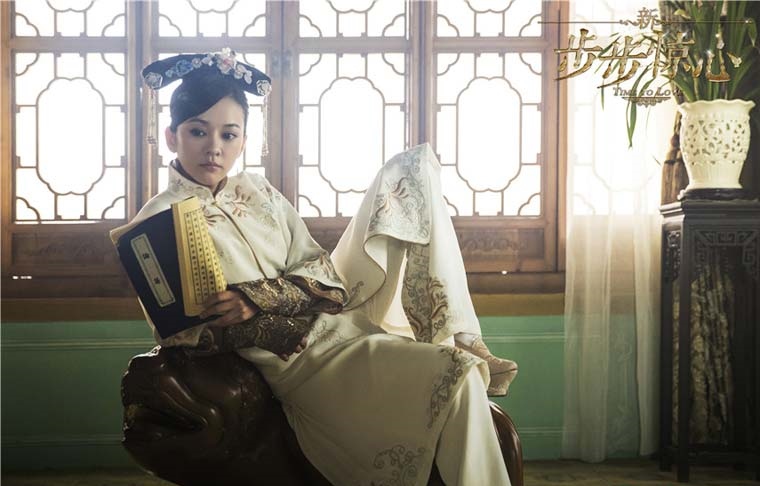 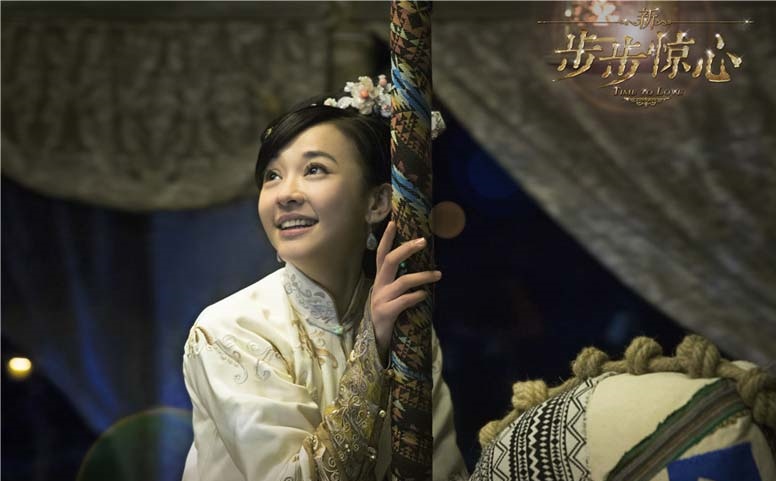 From the photos, it seems that Ivy will portray a livelier and more playful Rouxi. This Rouxi makes faces while doing Yoga in her ancient costume, raises one leg up while reading, uses her fingers to make a heart-shape and also loves riding on carousel.

Ivy said, “Rouxi and I are very similar. We are both curious, playful and dare to love.”

Some fans praise Ivy for her ancient look, but others still prefer Cecilia Liu’s version of Rouxi.

Time To Love is expected to release on the Qixi festival, also known as the Chinese Valentine’s Day.

Watch trailer of Time to Love