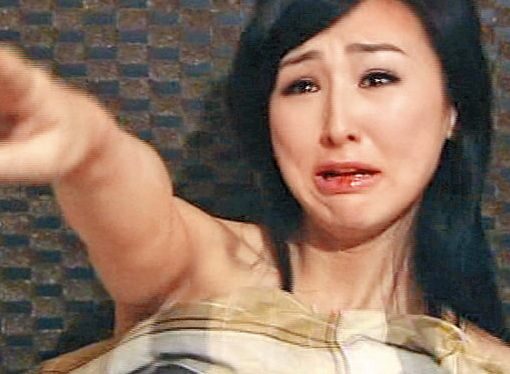 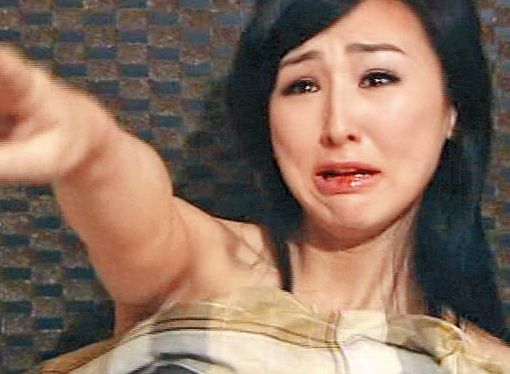 TVB dramas are becoming “stronger in flavour” these days. Many recent dramas have featured rape scenes in their scripts. Take for example, Kate Tsui’s gang rape scene in Highs and Lows; Aimee Chan in The Last Steep Ascent who became pregnant after she was raped; Tavia Yeung who was raped by gangster in Silver Spoon, Sterling Shackles. Latest in line is TVB’s sexy goddess, Samantha Ko’s breakout role in Friendly Fire <法網狙擊>.

When Kate’s one-second rape scene was aired last year, many viewers blasted the drama for hyping up the scene. This time, it was reported that Samantha’s rape scene would last 30 seconds, and she would even have a full nude back scene. Well, that drew many male viewers’ attention who eagerly anticipated for the scene.

The scene started when Samantha rescued a friend and went back to retrieve her friend’s phone. She was unfortunately dragged by Ronan Pak who violently beat and slapped her until she collapsed. After Samantha woke up, she cried and wanted to sue Ronan.

In yesterday’s episode, Samantha’s nude back scene was finally shown when she recalled her raping incident during the court. The rape scene was edited into 2 episodes and it lasted only 9 seconds. Many male viewers blasted the over hyping and said that they would rather watch Alice Chan’s bikini scene!

Asked why the rape scene was being edited into two episodes, Samantha said, “I feel that this was necessary for the story. It is normal to edit this way”.

Fans complained that the scene was too short?

“Their expectations should not be too high. We are not selling sex here”.